In the first six months of 2021, the Federal Government of Nigeria generated N13.66tn from bond offers and allotment which is N1.99tn higher than the N11.67tn raised through the same means in the same period of last year.

This data is contained in the 2021 half-year activity report of the Central Bank of Nigeria (CBN) Financial Markets Department.

The report noted that federal Government’s increasing appetite to finance deficit from the domestic market drove the increase in bond issues.

The report read in part: “In the review period, FGN bonds worth N900bn was offered, while public subscription and sale stood at N1.73tn and N1.42tn, respectively. The amount offered comprised new issues and re-openings of FGN bonds.

“In the corresponding period of 2020, FGN bonds issue, subscription and allotment were N615bn, N2.45tn and N1.31tn, respectively. The increase in offer and allotment in the first half of 2021 was attributable to the government’s drive to fund fiscal deficit from the domestic market. Consequently, the total value of FGN bonds outstanding at end-June 2021 stood at N13.66tn, compared with N11.67tn at end-June 2020, indicating an increase of N1.99tn or 17.01 per cent.”

According to the report the report there was no new issue sovereign Treasury Bonds in the first half of 2021 as outstanding stock stood at N100.99bn, same as at end-June 2020.

The report noted that in the first six months of 2020, “the total National Treasury Bills (NTBs) issued and allotted was N1.6tn respectively, indicating an increase of N149.94bn or 9.89 per cent above N1.52tn issued and allotted accordingly, in the corresponding period of 2020.

According to the report, “Total public subscriptions stood at N3.1tn, compared with N2.9tn in the corresponding period of 2020. The increase in public subscription was attributed to the increased yield on NTBs, which was market driven amidst investors’ demand for higher yields.”

“Holding structure of the instrument indicated that Deposit Money Banks took up N1.25tn or 75.31 per cent, while mandate and internal funds customers, including CBN branches accounted for the balance of N411.22bn or 24.69 per cent.” 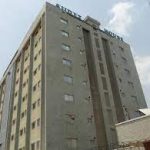 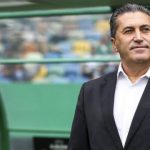