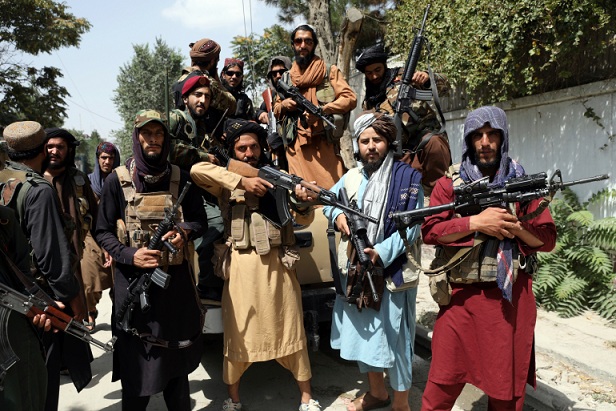 The ongoing manifestation of the Taliban takeover of Afghanistan is God’s way of showing Nigerians the unfolding Taliban agenda in our country as we speak. We are all seeing the complicity of some top government functionaries in the insecurity consuming Nigeria today.

When a nation’s Military Academy can be attacked with officers killed and we are still LOOKING for the perpetrators, what other evidence are you looking for to convince you that a Taliban agenda is being consolidated on our Lives?

Meanwhile, in the midst of it, there is an ongoing massacre in Plateau State. As usual, at such a critical moment, the President and commander-in-chief is conspicuously silent and absent from the scene. Behind the scene, he is flexing muscle on moribund grazing routes policy. Thankfully, his recent interviews have shown that he is not the invalid Buhari we were made to believe.

To convince us the MIGHT of the federal government is alive and strong, he arrested and incarcerated IPOB’s leader, Nnamdi Kanu. He almost demolished the heroic voice of Yoruba resistance to the herdsmen nonsense in the southwest, Sunday Adeyemo, aka Igboho.

To God be the glory, the Yorubas, at home and abroad, rallied behind that GREAT and TRUE Patriot to remove the claws of this compromised government from putting him in a Taliban-like custody as they have done with Kanu.

As things stand in Nigeria today, we all know that President Mohammadu Buhari is ONLY concerned with resuscitating grazing routes across the country; at any cost. Plateau, Benue massacres and the invasion of the nation’s defense Academy, general insecurity, and deepening poverty of Nigerians are lower on the rung of his priority ladder.

So, we are all on our own. No more time to speak grammar probing his actions or concerns. Each time any of these killings and kidnaps happen, they don’t happen in Aso Rock. Even the burglary that happened inside Aso Rock, what did he do? A known Boko Haram TOP SYMPATHIZER is alleged to be a TOP OFFICIAL in his government. Nothing is being done!

As I have always said, it now about SAVING OUR NEIGHBORHOODS! Because that is where the crimes are committed.

For starters, I expect state governors to begin to organize security around neighborhoods in the different local government units of their States. Not like a governor who is busy flexing muscles on banning poor, scared, impoverished citizens from going about their daily chores if they do not show Covid-19 vaccination cards.

I expect governors to begin to detect the ‘mallams’ selling soap or sniper-laced fruits and vegetables on their streets especially in Lagos. Not grandstanding as Covid-19 incident commanders. I expect our, now wealthy and powerful, churches to begin to wire their communities of worship with CCTV cameras and working to secure their worshippers.

I know so many will tell me it is the responsibility of the State to secure the people. Well, when the State has failed you in that regard, are you going to wait till the criminals walk all over you when God has empowered you to defend yourself AHEAD OF TIME!  Thankfully, Buhari’s defense minister has AUTHORIZED citizens to defend themselves. So, what are you waiting for?

Again, this is the time to LOOK OUT FOR EACH OTHER; because, when the crisis escalates, it may be too late to say the Lord’s Prayer.

The self-serving and self-centered attitude of those in the South has to stop; NOW! Our Lives and that of our families are at stake. The church that buries its head in the sand to protect and feed its congregation today will soon be forced to shelter and feed internally displaced citizens; and its facility turned into an IDP Camp.

A state governor who refuses to act to protect his people now, may soon join them, with his families in an IDP camp; queuing up, plate in hand, to collect food for the day. The wealthy who refuses to be of help, today, will soon have his wealth taken from him; while he will watch his beautiful family violated by criminals.

The traditional ruler saving his head alone will soon have that head severed from the crown of his fathers.  This is no longer time to talk but time to act and save one another.

A word is enough for the wise! God bless Nigeria. 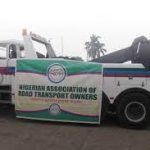