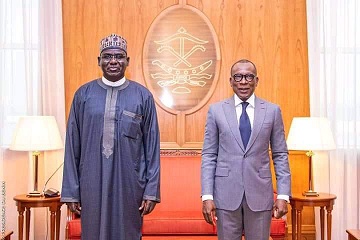 The Grand Patron of the National Association of Online Security Reporters, NAOSRE, Lieutenant General Tukur Yusufu Buratai, Ret’d, has resumed as Nigerian Ambassador to the Republic of Benin.

The former Chief of Army Staff who resumed on Tuesday, July 27, 2021, was eminently and flamboyantly received, with full protocol, by the President of the Republic of Benin, Patrice Talon.

The Ambassador Extraordinary and Plenipotentiary also used the occasion to present his letter of credence to the President in Cotonou, Benin Republic Capital.

President Talon, who obviously exuded confided on the renewed and strengthened bilateral relationship with Nigeria following the appointment of Ambassador Buratai, maintained that the economic growth and social harmony of both countries remain the primary focus, stressing that both countries have much to gain from each other.

For his part, Ambassador Buratai commended the existing cordial relationship between the two neighbouring countries.

“The existing bilateral relationship between both countries would henceforth enjoy the best of cooperation as a better West Africa sub region remains dear to the heart of President Muhammadu Buhari.” Buratai said.

It would be recalled that General Buratai took a bow from military service on Tuesday, January 26, leaving Nigeria on a better anti-terrorism rating than he met it. Thereafter, President Buhari nominated him for Ambassadorial assignment on Thursday, February 4.

The Nigeria Senate confirmed the nomination on February 23 and a letter of credence was issued on Wednesday, June 23 by Nigeria’s Minister of Foreign Affairs, Geoffrey Kwusike Onyeama.

In a statement signed by NAOSRE President, Oyewale Femi, the Association congratulated Ambassador Buratai on his resumption in the Republic of Benin. 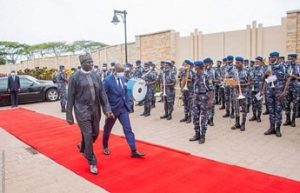 “On behalf of NAOSRE leaders and members, I congratulate our Grand Patron, Ambassador Tukur Yusufu Buratai on his grand resumption in Benin Republic. Our implicit confidence and trust  in you since you accepted to be our Grand Patron on March 11, at a well-attended event at the  Army Resource Centre, Asokoro, Abuja, have never waned.” The statement read.

“NAOSRE remains committed to a safer Nigeria through media interventions while we remain optimistic of your commitment to a better Nigeria, this time, from the diplomatic circle,” Oyewale assured. 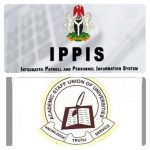