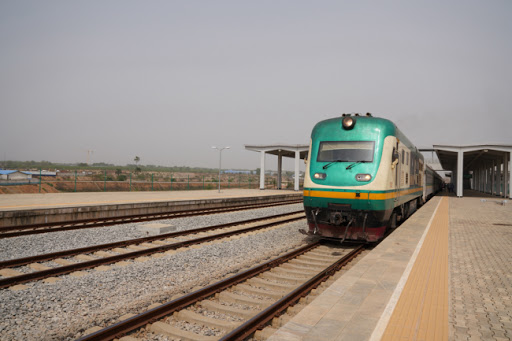 The Federal Government has signed a $1.959bn Memorandum of Understanding (MoU) with Mota-Engil Group for the construction of the Kano-Maradi standard gauge rail project. The Kano-Maradi rail line will connect Nigeria and Niger Republic. 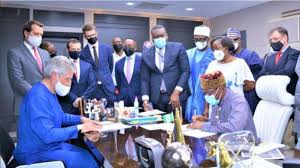 In a statement, the Director of Press and Public Relations, Federal Ministry of Transportation, Eric Ojiekwe, said the new railway corridor, located in Northern Nigeria and Maradi in Niger Republic would run through three states; Kano, Jigawa and Katsina, adding that it would go through Niger Republic as far as Maradi.

“Other cities that will be affected by the rail line in Nigeria are Danbatta, Kazaure, Daura, Mashi, Katsina and Jibiya, besides developing freight and passenger transport as it will be integrated with road transport, the 283.75km rail line will also make great contribution to the local economy.” The statement read.

According to the statement, the project is expected to be completed in for 36 months and the contract term is engineering, procurement and construction.Meanwhile, the Pan-Yoruba sociocultural group, Afenifere, has voiced disapproval of the project, saying that the government was headed in the wrong direction. 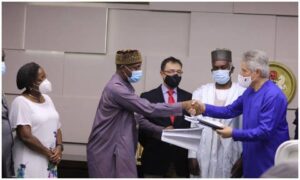 The Publicity Secretary of, Afenifere, Yinka Odumakin, told Journalists in Abuja that despite disapproval by a cross section of Nigerians, government has gone ahead to construct the rail line noting that it was unfortunate that President Muhammadu Buhari was more interested in constructing a project outside Nigeria than in developing roads within Nigeria.

“It is an unfortunate development. We know the state of Nigerian roads, we know that our roads are in a very bad shape, for instance, look at the Lagos-Ibadan Expressway, the roads to the East, to Port Harcourt and the rest of them they are not Buhari’s priority rather his priority now is the rail line to Maradi in Niger Republic. They are more interested in their kith and kin outside Nigeria.” He said. 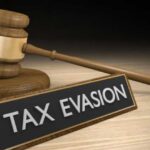 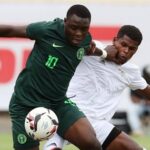