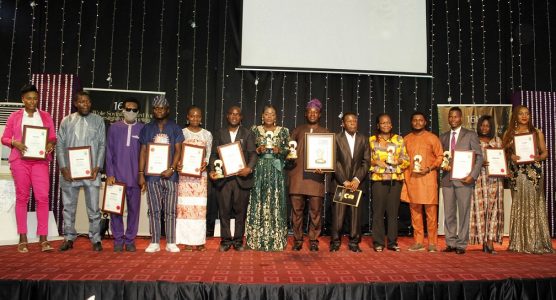 The need to protect the civic space recurred as a strong message at the 16th Wole Soyinka Award for Investigative Reporting presentation event held Thursday, 9 December 2021, at NECA House, Lagos, in honour of 14 investigative reporters, Josiah Ajiboye, popularly known as Josy Ajiboye, veteran cartoonist and painter; and the CLEEN Foundation for their work as defenders of Nigeria’s civic space.

Ayo Obe, Chair of the 2021 judges’ board, observed that based on the 222 entries received, the media antenna was more tuned to issues of abuse of power. According to her, many of the entries, including nine of the 14 finalist ones, focused on the security situation in the country, and security agents were found culpable. She urged journalists to be more enterprising in getting the information that they need for their stories, especially when public office holders refuse to give them.

Olukunle Akinrinade won the print category and made the celebrated list of the WSCIJ-Nigerian Investigative Reporter of the Year with his five-part investigation, “Soldiers escort herdsmen to Ogun villages, flog residents for rejecting herders”, published in The Nation.  Olukunle in his acceptance speech, said he found it curious that the Nigerian state does not protect its citizens whether at home or in the diaspora. He then urged journalists to continue to keep the government on its toes. For her story, “Death, sleaze as Lagos N576m highway machine sweepers lie fallow”, Omolabake Fasogbon of ThisDay emerged runner-up in the category. Similarly, the three-part undercover story by Tessy Igomu, “Imo’s regime of bloodshed, mindless killings by troops leave parents, widows, children in agony” published in The Punch, was commended in the same category.

Both television and cartoon categories had one finalist each. Victor Asowata of The Will Newspaper emerged winner for his cartoon, “Seedtime and harvest”, while Sharon Ijasan of TVC News was commended for her report, “Child sex trade” in the television category. For the online category, Kunle Adebajo of HumAngle won with his five-part investigative report, “The deradicalised: One man’s journey from Almajiri to Jihadist and then IDP”. Ibrahim Adeyemi emerged runner-up in the category with his story titled “Memoirs of Carnage” published by the Foundation for Investigative Journalism (FIJ) and Taiwo Adebayo was commended for his story, “Investigation: Inside the horrific bloodshed and massive extrajudicial killings in Nigeria’s Oyigbo community” on Premium Times.

“Lagos State Government, police authority, denies killing of innocent girl during Yoruba Nation Agitators Rally”, a photo published in Nigerian Pilot, by Abiodun Omotosho, won the photo category. Benedict Uwalaka carted away the prize for runner-up in the category with his photograph captioned “Police arresting one of the Yoruba protesters at Ojota in Lagos” published in Daily Trust. And, Olatunji Obasa of Punch was commended in the same category for his photo “Water scarcity”.

Mary Abayomi-Fatile emerged the winner in the radio category for her five-part report “Indian company staff investigation” on Radio Nigeria. The category had two runners-up – Zainab Sanni, with her two-part story, “The Oyo Zero Potholes Initiative, how far?” aired on Agidigbo FM and Kelechukwu Ogu with his story “Merchant of Massacre” on Rhythm 93.7FM.

Congratulating the awardees, Ropo Sekoni, Board Chair, Wole Soyinka Centre for Investigative Journalism (WSCIJ), organiser of the event, noted that the civic space is the foundation of a democratic society, and that the finalists and honorary award recipients have played their parts in defending democracy, good governance and social justice in Nigeria. Motunrayo Alaka, Executive Director/CEO of WSCIJ, corroborating this stated that the constant attacks on citizens, advocates and journalists in Nigeria further shrink the country’s civic space. She launched the Civic Space Guards project and mentioned that WSCIJ in collaboration with others will position the media, especially investigative reporters, and other human rights advocates as guards of the Nigerian civic space.

For his immense contribution to journalism and cartooning in Nigeria, particularly during the military era, Josy Ajiboye, veteran cartoonist and painter, was decorated with the Lifetime Award for Journalistic Excellence. Also, CLEEN Foundation, represented by Blessing Abiri, Head, Lagos office of the organisation, was presented the 2021 Human Rights Defender Award in recognition of its dedication to police reform and human rights defence in Nigeria, and the great contribution of its founder, Late Innocent Chukwuma.

Held first in October 2005, the award has produced 109 finalists, 56 Soyinka Laureates, 12 investigative journalists of the year and 26 honorary awards recipients for the Lifetime Award for Journalistic Excellence and the Anti-Corruption/Human Rights Defender Awards. Winners, runners-up and commended works in this edition of the award were presented cash prizes of N200,000, N100,000 and N50,000 respectively, plus a certificate of commendation. In addition, winners got award plaques and a laptop; runners-up got a smart phone; and commended works got a hard drive.

The 2021 award presentation event which was moderated by Ini John-Mekwa, producer and reporter at Channels Television, featured the People’s Court, an advocacy video by the Kininso Koncepts which held men of the Special Anti-Robbery Squad (SARS) to account for killing innocent Nigerians, reeling out the names of some of their victims, while calling for a holistic reform of the system. Esther Ola and her music band charged the atmosphere with its social focus songs.

While giving the vote of thanks, Samson Ademola, Programme Officer, WSCIJ, expressed optimism in the fact that the award will encourage those celebrated to do more in the media and civic space. He appreciated the guests for the support they continued to give the centre. 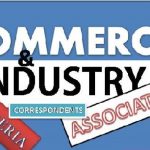 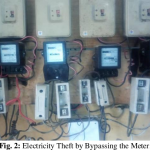