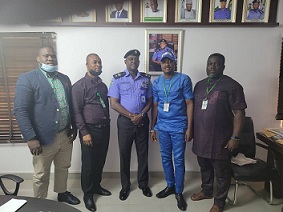 Nothing, in recent memory, has inspired officers and men of the Lagos State Police Command than the visit of the Inspector General of Police, Usman Alkali Baba, on June 8.The visit birthed a regulatory template requiring officers to be emboldened in the face of threats from criminals.

These were some of the views of Chief Superintendent of Police, Muyiwa Adejobi, spokesman of the Command when he recently played host to a team of the National Association of Online Security Reporters, NAOSRE, led by Dayo Bamgbala, the National Secretary.

Adejobi spoke against the backdrop in the slide towards mindless killings of officers as well as acquiescence destruction of Police facilities over the past months across Nigeria. He reckoned that Lagos Command, being the largest in the country, has been badly hit by unwarranted attacks, a development that may have demoralized officers.

Specifically, Adejobi pointed out series of adversarial actions against the Police over the years but none so far as overt and far reaching as criminal hijack of Commands in other States, resulting into unnecessary loss of life and property.

He stated that the Inspector General’s visit has therefore, engendered enthusiasm followed by unassailable supports from Governor Babajide Sanwo-Olu in operations of the Lagos Command amid Nigeria’s security architecture.

“I can tell you that the past few weeks have been assuring in terms of combat readiness against criminals in Lagos State and President Buhari’s promises of improved welfare for officers and men. Governor Babajide Sanwo-Olu, who is obviously living up to his billing as the Chief Security Officer of the state has encouraged the Command through the supply of combat equipment,” Adejobi said..

The Lagos PPRO noted that the encouragement from government is a major step in the drive to curtail criminal activities in the State adding that the Command under the leadership of Commissioner Hakeem Odumosu is not letting off in the fight against criminals.

He however, decried the unrestricted free movement in Nigeria which has seen the influx of criminals from other States and neighbouring countries, a development, he said undermines the Lagos police boss’s daily crack down on bandits.

The State Command’s spokesman commended the Governor for the fresh supply of fighting equipment noting that with the supplies, the days of criminals in Lagos have been numbered while urging NAOSRE, as a credible association,   to continue to offer unbiased security reportage in order to arrest the tragic misreading of the nature and natural disposition of Lagos Command in fighting criminals. 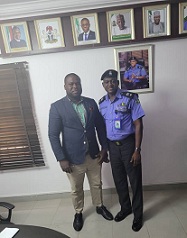 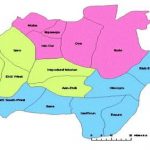 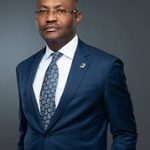