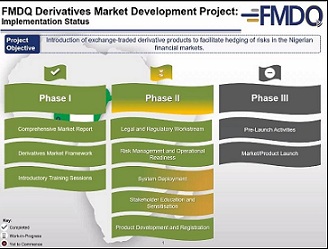 FMDQ’s Vice President, Market Architecture, Jumoke Olaniyan, told financial journalist in an interactive forum in Lagos that members already have access to the FMDQ ETD platform that would soon commence trading after about two years of work on the project expected to revolutionize the derivatives market in the country.

She noted that the ETD market, which has a Central Counter Party as a clearing house, is predominantly an electronic system that is standardized, secured and transparent compared to the Over-the-Counter (OTC) Derivatives market counterpart.

Olaniyan explained that ETD can be used to hedge exposure or speculate on a wide range of financial assets like commodities, equities, currencies, and even interest rates, adding that the global market is now moving in the direction of derivatives.

“The exchange derivatives space remains to be tapped by the government. We have a 91 per cent focus on OTC derivatives while it is 9 per cent on the part of the exchange traded derivatives and the globe is now shifting to this aspect due to the fact that it performed impeccably well during the global financial crisis.”

“The gross global market value of OTC derivatives which provides a measure of amounts at risk, rose from $11.6 trillion to $15.5 trillion during the first half of 2020, led by increases in interest rate derivatives.” She noted.

According to Olaniyan, with the introduction of ETD, the Nigerian government could leverage the products to hedge against fluctuating crude oil prices. 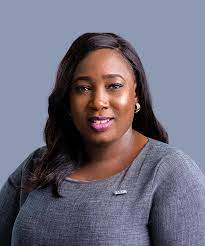 In her words: “Once it is introduced and takes off, it would present an opportunity for our own government to leverage on traded derivatives and use it to hedge risks. In actual fact, the capital market needs derivatives to hedge against market volatilities”.

Also commenting, the Group Head, Derivatives Market Group, FMDQ, Oluwaseun Afolabi, noted that with the introduction of the derivatives market development project, there will be an increased participation by local and foreign investors and market liquidity.

“Derivatives are needed in the market as it will bring an increase in the secondary market liquidity, efficient capital allocation and risk management, financial system stability, market transparency, market sophistication, human capital development and economic growth”, he said. 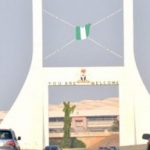 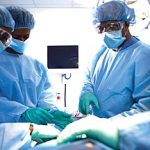