According to a statement, the joint unions are embarking on the strike over the non-implementation of the FCT Civil Service Commission Act.

The Chairman of JUAC, Matilukoro Korede, told journalists on Monday in Abuja, that the unions would no longer watch while government deny workers their entitlements. “The FCT Civil Service Commission Act could not remain on the shelf, while the administration continued to deny workers the benefits that would accrue from it.”

“The refusal of the FCT Minister, Muhammad Bello, to implement the act signed three years ago by President Muhammadu Buhari, had put our fate on hold for too long and this cannot be allowed to continue’’. Korede said.

According to the JUAC chairman, the just concluded three days warning strike last week was a sign that issues affecting the workers welfare would not be further subjected to political bottlenecks. He warned that the joint unions in FCTA and FCDA were prepared for an indefinite strike that would cripple all government activities. 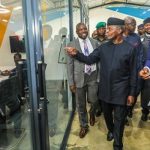 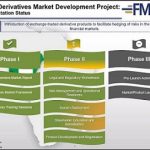