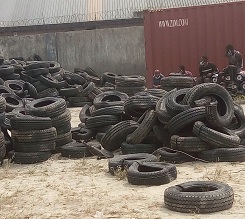 The Standards Organisation of Nigeria (SON) has destroyed inferior tyres and gas cylinders valued at about N300 million.

The Director General of SON, Farouk Salim, who supervised the destruction of the fake products in Lagos, said the goods failed the minimum requirement and were classified as” life-endangering and unfit for use.”

“I wish there was a way we can send them back to where they are coming from but, unfortunately, we don’t have agreement with these countries, regrettably, this is turning Nigeria to a dumping ground.” Salim said.

He said each of the six containers that was supposed to contain 1,000 tyres, conveyed about 5,000 tyres, which ultimately affected the veracity of the tyres. 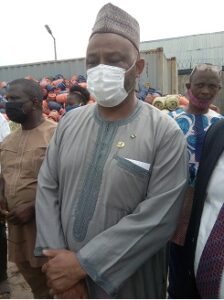 In his words, “The tyres are not meant to be stuffed inside each other, you can put tubes in the tyres because it does not affect the integrity of the tyres but they were compromised because five other tyres were stuffed in one, which is bad. We want to stop the incidences of tyres bursting while in motion.”

On the cylinders, Salim said a lot of safety precautions must be considered by importers, as a high technical product. “Any importer should not engage in the importation of cylinders without following the due process because we ensure that for cylinders to be imported, there must be approvals from SON. Importers must also consistently meet the requirement of the standards,” he said. 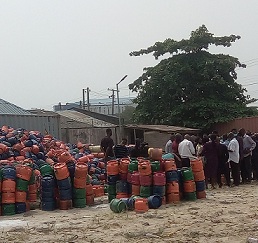 “85 per cent of goods coming into the country come through the Lagos ports, so, if we are able to work effectively in Lagos, we will minimise the problems.” He noted. 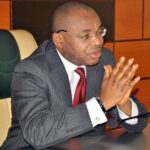