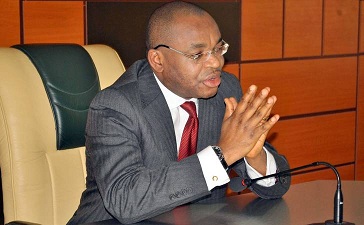 A group, Enwang Professionals, has called on Akwa Ibom State governor, Udom Emmanuel to set up a judicial panel of inquiry to probe the callous rape of women, bloodletting, wanton destruction of property and killing of innocent people in Uko Akpan Enwang, Mbo local government area of the state State by armed youths from Uko Nteghe Uda, over a disputed land.

In a statement, signed by Barr. Godwin O. Effiong and Okon E. Emmanuel, Coordinator and Secretary of the group respectively and made available to the newsmen  in Uyo, the Group said the land was a subject of an Oron High Court sitting in judgment in suit no. HOR/1/2013.

According to Enwang Professionals, “such inquiry is imperatives so as to unmask the masterminds of the mayhem and bring them to face the long arm of the law no matter whose ox is gored and  award compensation to deserving individuals and persons.”

The group noted that the inquiry would also help in putting to rest once and for all, the festering communal crisis which has claimed many lives over the years and ensured the restoration of enduring peace and tranquility in the crisis-prone area.

“The killing is a blatant and criminal violation of the constitutional right to life and liberty of innocent people of Uko Akpan in particular and Enwang in general.” 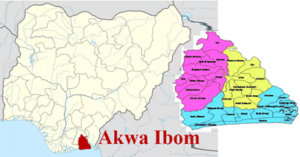 According to the statement, the people of Enwang are generally peace loving and accommodative, and have over the years resisted coordinated and concerted efforts to push her into unrest or resort to self-help to protect themselves in their homestead against hostile neighbors.

The group urged Governor Udom Emmanuel, as the chief security officer, to inaugurate a Judicial Panel of Inquiry to probe and or dig into the four day unprovoked attacks and killings by the youths from Uko Nteghe Uda.

“We believe that if the incessant menace is not checked, it will one day degenerate into a conflagration which will not augur well for the smooth take off of the proposed federal and state governments’ investments in the area, especially the Ibom Deep-sea Port, Ibom Industrial City and the Oil and Gas facility. As we all know, no development can thrive in an area wracked by rancour and bloodbath. A stitch in time saves nine.” The statement read. 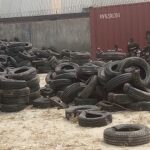 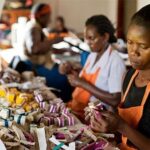