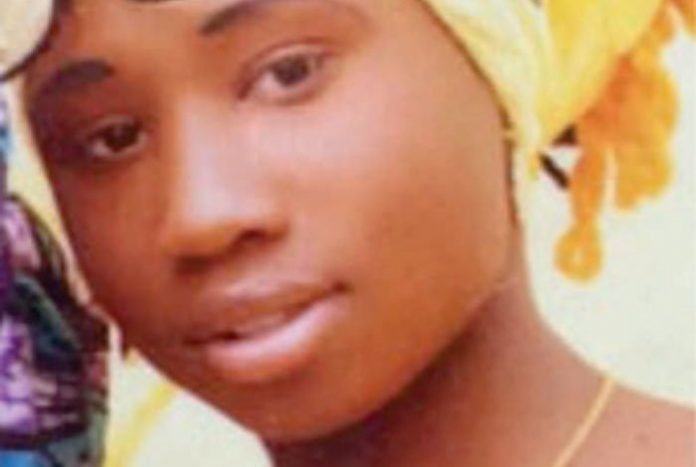 “Any life lost in an act of violence is like a million lives lost in a pogrom.”
Dele Giwa
She could have been your sister or your cousin or classmate or friend if fate had so decided. She could have been a Muslim, an animist or an unbeliever. She could have been a northerner or southerner. She could have been all of these and it would not have mattered for the simple reason that all that matters is that she is a human being. Nothing else matters! Perhaps, before men we must bow in the fullness of their vanities of power, pomp and pageantry. Perhaps we must bend and pray and fawn before those who have no control over their own lives, those who think in their foolishness that the possession of material wealth, influence and power confers them with immortality and invincibility. Let them go and see the destiny of all men humbled by the ravages of time and nature. Let our big men go to the graveyards, and see what death, the humbler of the big and small, does to all men and women.
Where is Leah Sharibu? the little, innocent girl whose crime was to be born a Nigerian, a beautiful country laid waste by the worst kind of political scavengers and predators that can afflict any country. Like a  vengeful swarm of millions and billions of locusts that settle on a lush and green vegetation only to leave it utterly devastated and desolate, our political class has dealt us a cruel blow and our once great country now lies in ruins. Not only have they taken everything from us, they have made sure that we are greatly suspicious of each based on our ethnic groups or religion, ready to strike at one another at the slightest and flimsiest of excuses.
Where is Leah Sharibu? the young girl who had a faith beyond her age and was not afraid to express it. Perhaps she was emboldened by the statement that “If you deny me before men, I will deny you before my father on the last day” What “unimaginable foolishness” would make a girl stand before well armed murderers, terrorists and rapists and declare fidelity to a Christ she had not seen but firmly believes in? Did she not know that any confession obtained under duress has no basis? All she needed to do was to lie under duress and she would be free. But no, she chose the path of truth based on a belief she held dear. Was she not aware that most of her country men and women now prefer falsehood over truth, darkness over light and night over day?
Where is Leah Sharibu? Or do the politicians and the government  think that we will forget as is usual with us, while they do more important things than worry about the loss of a little insignificant girl? They have told lies as usual about how important Sharibu is to them and us. But we know that Leah Sharibu is more important to us than she is to them. That is why we write this, why we pray for her, because those who failed to protect her and recover her from the terrorists are busy with elections. They need to win the election so that they can continue to use state infrastructure and paraphernalia to protect themselves and their children, lest they become victims like Leah Sharibu.
But we want to assure them that we will not forget her and all the other Leah Sharibus under detention by unconscionable terrorists who were once human beings but now find comfort in the presence of Satan.
Let us stand up in tribute and aknowlegement of the young Nigerian boys and girls who have been made victims of a war and insurgency they knew nothing about. Many are dead, killed in senseless acts of barbarity and savagery. Some are in detention, living like slaves in a land that is supposedly free. Some were, and are Muslims, others Christians, others, perhaps unbelievers. Who cares? We salute you all. Though your government may not care about you, we do. You are forever in our minds.
WHERE IS LEAH SHARIBU? she could have been you.
A billion tears!!
Share on Facebook Share
Share on Twitter Tweet
Share on Google Plus Share
Share on Pinterest Share
Share on Linkedin Share
Share on Digg Share
Related tags : Achike ChudeLeah Sharibu
Share it on:
Share on Facebook Share
Share on Twitter Tweet
Share on Google Plus Share
Share on Pinterest Share
Share on Linkedin Share
Share on Digg Share 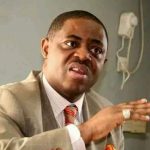 Hadi Sirika & The Return Of Nigeria Airways By Reuben Abati 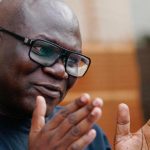