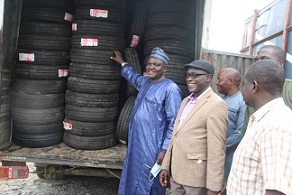 As part of effort to sustain the current tempo on eliminating unwholesome products across the country, the Standards Organisation of Nigeria (SON) has evacuated substandard tyres from a warehouse located in a remote area in Ogun State.

The Director General, SON, Mallam Farouk Salim, who was represented at the event by the Agency’s Director, Inspectorate and Compliance, Mike Dakhing, said the evacuation of the seized tyres, stuffed in 200 containers, at Obafemi Owode Local Government, Ogun State, was to prevent them from gaining access into the nation’s market places.

He said the products have been tested and they all failed the critical parameters as a result of stuffing.

In his words, “You may recall that few weeks ago, the Director General, Mallam Farouk blew open to the whole world the nefarious activities going on in this community and as you know he opposes fake and substandard products and any unwholesome activity that will encourage it because that is the mandate he has been given. Today we are here to evacuate these tyres which is the first stage in their destruction. It will interest you that we obtained the laboratory results after testing these tyres which they all failed. In our warehouse, we will await the necessary legal procedures that will enable us to destroy them.”

According to the SON top official, the evacuation and destruction would cost the SON much money, even as the agency has been perfecting a strategy that would have importers of substandard products bear the cost of destruction.

Responding to a question on why the tyres are classified as substandard, Dakhing explained that the process of stuffing them into containers have destroyed the quality of tyres on arrival into the country.

“The act of stuffing them into one another and instead of bringing in the tyres into different containers, the purveyors of these tyres stuff into one another. For example, if they are to bring 300 tyres in one container, they will now have the opportunity to bring in 1500 tyres and in doing that, this compromises the quality of the tyres and as you know the tyres are made of wires and carbon and the test reviewed that the textile strength of the tyres have been compromised so they are no more fit for use and this is why we are going to destroy them. They may look nice in the eyes, but we rely on scientific investigation and analysis.”

He said the agency would prosecute the importers of the substandard tyres, noting that SON has a law that specify the right type of punishments for dealers of fake and substandard products in the country. “We have a law that specifies what punishment would melt to purveyors of this kind of illicit trade and we would go by that law, so after destroying these tyres, we will subject these unscrupulous importers to the provisions of the law,” he said.

Salim called on Nigerians to always support the agency by providing relevant information that would help the agency apprehend suspects as SON cannot be everywhere. 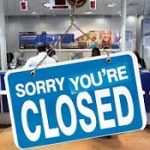 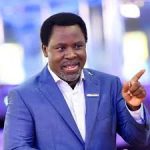