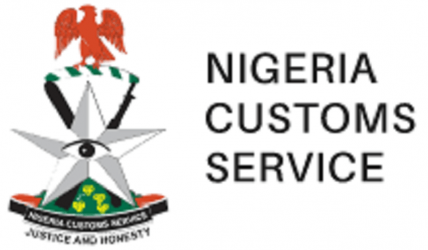 The Nigeria Customs Service, Area II Command Onne Port, has collected a total of N128,32 as revenue between January and September 2021.

A statement signed by the Command’s Public Relations Officer, Ifeoma Onuigbo Ojekwu, said the collected amount, which is about N45.76bn higher than the total of N82.56bn realized in the corresponding period last year, represents a 55.4% increase.

“A comparative breakdown of the third quarter collections between 2020 and 2021 indicated steady increases which contributed in the cumulative 55.4 percent difference. For July, August and September 2020, the Command collected N10.9bn, N12.2bn and N13.1bn respectively which were overtaken by 2021 figures of N14b, N17.8b and N18.2b respectively.” The statement read.

Meanwhile, the Customs Area Comptroller of the Command, Auwal Mohammed, has attributed the steady monthly increases to volume of trade, strict adherence to extant customs procedure, blocking of possible areas of revenue leakages and zero tolerance for infractions capable of undermining national economy and security. Comptroller Mohammed’s improved interface with stakeholders in an enhanced Customs community relations system has also paid off with remarkable degrees of compliance by the port users in Onne.

While commending the uncompromising disposition of the officers and men of the Command, the Area Comptroller expressed optimism that more revenue collection, increased trade facilitation and time saving advantages will be achieved in the command with the introduction of recently procured mobile scanner.

“Before the arrival of the scanner, examinations of cargoes were usually done manually and physically, whereby containers were positioned by the terminal operators. Then, gang of labourers will discharge the goods before Customs and other agencies will carry out the examination. Customs must also cut off the seal manually, virtually everything in the container must be moved out of the container and then back into the container before examination is concluded, which makes the process cumbersome and time consuming,” he explained.

“With the coming of the scanner, which is a non-intrusive apparatus, cargo examination will now be conducted with the use of x-ray. We can now double our daily containers examination which saves time, increases revenue, detects infractions easily and facilitate trade,” Mohammed said.

According to the statement, on anti-smuggling activities, the Command made 29 seizures totaling N9.76bn Duty Paid Value (DPV) within the period under review. The breakdown of the seized items include: 3,057 bags of 50 kg rice; 89 bales and 3,200 pieces of textile fabrics; 37 cartons and 4,824 pieces of wine/alcoholic beverages; 1,650 cartons of tomato paste; 7,560 pieces of raw hides/unprocessed leather; 2,230 cartons of beers/spirits; 1,387 cartons of Tramadol; and 124 cartons of tapentadol.

Other seizures made include: 2 units of Used Mitsubishi buses; 210 bales of second hand clothing; 4,029 pcs of used tyres ; 16 units of Used engine gear box and auto spare parts ;310 pallets of laser ketchup; 956 Jerrycans of 25litres of vegetable oil; 750 cartons of Supergold candle; 2,970 cartons of foreign soap; and 500 cartons of medicaments.

The statement read in part; “So far, nine suspects have been arrested in connection with the seizures and are at various stages of investigation and prosecution in courts of competent jurisdiction.”

The Comptroller reiterated his advice to port users to stay on the path of compliance and obedience to laws. He urged that they keep abreast with extant import and export guidelines to avoid their cargoes being seized and them facing arrest or prosecution in accordance with the Customs and Excise Management Act (CEMA).

While commending newly promoted officers in the Command, Comptroller Mohammed urged them to see their elevations as’ renewed calls to more service’. He enjoined them to continually justify the confidence reposed on them and consider their new ranks as positions of higher responsibilities in the service and national interest. 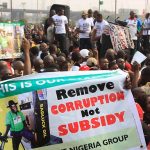 Will Nigeria Remove Fuel Subsidies In 2022? – By Lukman Otunuga 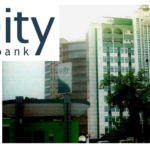