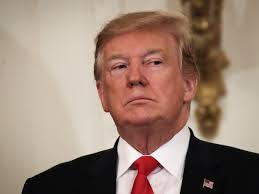 U.S. President Donald Trump has been compelled to change the proposed venue for the Group of Seven summit, scheduled for 2020.

President Trump initially planned to host the meeting at his Florida golf resort but changed his mind following disapprovals  by Democrat and others who considered the choice of the venue, an attempt by the president to misuse his office for personal gain.

However, Trump, in his social media handle, said he will change the venue probably to Camp David, where former President Barack Obama hosted a similar event in 2012.

“We will begin the search for another site, including the possibility of Camp David, immediately,” he twitted

President Trump is currently under an impeachment inquiry following accusations that he pursued political interests in his affairs with Ukraine as well as probes by Congress over his finances and possible conflicts of interest concerning his real estate business.

Under the U.S. constitution, it is illegal for government officials to receive salaries, fees or profits from foreign countries and governments in the home country without the approval of congress.

Watchdog group,  Citizen for Responsibility and Ethics, has condemned the initial decision to host the event at Trump’s Florida Resort property, describing it as “stunningly corrupt”

“The president deserves no plaudits for doing the right thing only after public outcry forced him not to do the wrong thing,” the watchdog group said.

Meanwhile, Democrats are planning to investigate Trump’s initial decision to host the event at his property after he announced the plan in August.

The House Judiciary Committee Chairman, Jerrold Nadler, said the botched plan was “among the most brazen examples yet of the president’s corruption.” 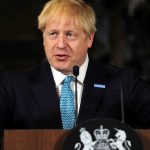 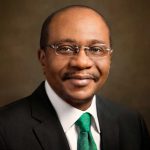