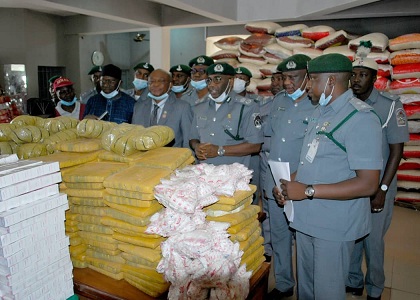 The Federal Operations Unit Zone B Kaduna of the Nigeria Customs Service (NCS), has reported 70 confiscations of contraband worth N278, 581,280.78 in the month of July 2021.

A statement signed on behalf of the Comptroller FOU Zone B Kaduna, by the Customs Public Relations Officer (CPRO), ASCI MA Magaji, said the seizures were in fulfillment of NCS’s statutory functions and in compliance with the provisions of the Customs and Excise Management Act of 2004.

“Prominent among the seizures made were 250 parcels of cannabis (Indian hemp) which were handed over to the Kaduna State Command NDLEA CN Uche Iyke fsi in an event on Tuesday 3 Aug 21 in Kaduna by Comptroller AB Hamisu psc (+), FOU Zone B Kaduna.” The statement read.

According to Magaji, the Comptroller FOU Zone B Kaduna said the 70 seizures, made by the Unit between July 6 and August 2, 2021 within the zone, were facilitated by “information from patriotic members of the public and concerted efforts of ever vigilant officers of the Unit”.

Items seized within the period of review include 371 packs/bottles of unregistered pharmaceutical products including codeine, 727 cartons of foreign spaghetti/macaroni, 493 bags of foreign parboiled rice, 287 cartons/sacks of foreign tea and 19 vehicles. 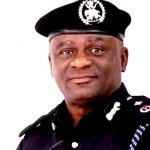 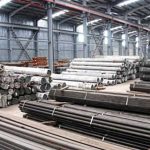