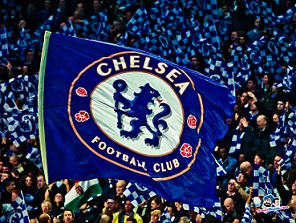 Frank Lampard, Thomas Tuchel and the Nigerian hierarchy might appear the most extraneous comparison to make, but they have more similarity than you might think.

When Chelsea Football Club sought the services of Frank Lampard on Thursday, July 4, 2019, they were patronising the services of a Legend who enjoyed great spells in his playing days at Stamford Bridge with an eye catchy 211 goals to his name.He was the gift that kept on giving for over a decade, becoming London’s golden son.

In management, Frank Lampard also reciprocated similar but not really equal success, taking Chelsea to the final of the FA cup and qualifying the team for the following year’s Champions League with a relative average squad of players at his disposal.

Prior to the 2020/2021 football season, Lampard had recommended that Chelsea football club embark on a spending spree that will lure players to the bridge. After the club spent a whopping 247.20 million pounds to strengthen its team, the world including Chelsea themselves believed that the blues were the team to beat. Yet, with the array of stars the Premier League side boasted in their ranks, Club Legend Frank Lampard had a problem managing the resources at his disposal even proposing the acquisition of more players.

When the going got tough, it turned out all hype and paper talk, as Chelsea crashed heavier than the Great Depression to ninth place on the log, with an inevitable sack subsequently following the poor run of form. As Frank was descending the bridge with slumped shoulders, another maestro, a more enigmatic gaffer at that, was taking the reins, the person of Thomas Tuchel.

The rest they say is history, as Thomas Tuchel went 12 games undefeated without having to engage new players. The new manager looked inward, applied his technical know-how, and brought out the best in fringe players from the previous administration, with the likes of Rudiger, Alonso, Kante, Christensen and even Emerson who scored the statement goal in the second leg of the champions league round of 16 at Stamford Bridge, that saw his side stroll to the next round without breaking sweat.

Couldn’t Lampard’s situation be likened to the management of affairs in Nigeria? This is not in reference to Nigerian football, but Governance as a whole. For instance, what can be said about Government spending huge sums to procure armoury and equip the military to fight crime, yet engaging clergymen to negotiate with kidnappers and paying huge ransom to momentarily free kidnaped victims only to discover that more copycat cases were lurking in the shadows. 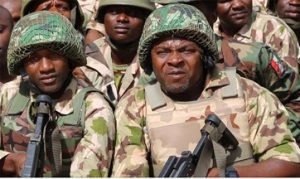 In Chelsea’s case, it required a round peg in a round hole, in the person of Tuchel, to salvage the apparently irredeemable situation at Stamford Bridge. Wouldn’t it be therefore logical to conclude that Nigeria, a great country with immense resources, has been so unfortunate not to have that figurative round peg?

Frank Lampard and Thomas Tuchel’s situation at Chelsea football club no doubt is a clear reflection of what is needed to turn Nigeria around for good. Nigerians must have the ruthless mind-set of Chelsea’s owner, Abramovich, you either take us higher or get fired. Only then can the country maximize its huge potential for greater development and well-being of the masses. 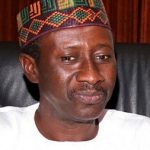 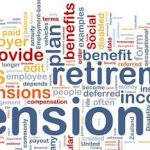