Police operatives attached to Bariga Division of the Lagos State Police Command have arrested four members of the Oodua People’s Congress (OPC) for allegedly beating and stabbing one Tochukwu Chidi, to death after an argument at Temple Street, Bariga – Lagos.

In a statement, the police said the suspects attacked the deceased and inflicted injuries on him and was later taken to the General Hospital at Bariga for treatment before he was confirmed dead.

According to the statement, the four suspects are; Sunday Onilede, Azan Razak, Abdullahi Ibrahim and Fatai Taiwo. 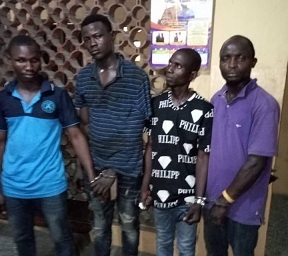 Meanwhile, the Lagos State Commissioner of Police, Hakeem Odumosu, has condemned the act and directed that the matter be transferred to the State Criminal Investigation Department, Panti, Yaba, for proper investigation and prosecution.

In another development, the statement said police operatives attached to Surulere Division of Lagos State have arrested one Peter Arinola, with a gun while he was threatening a lady commercial sex worker for a sex deal. 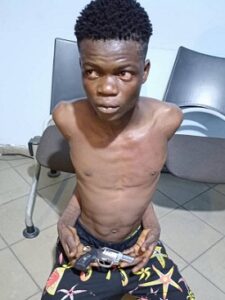 According to the statement, the policemen later found out, after further investigation, that the suspect is an armed robber accomplice who usually keeps the pistol for the unnamed robber during operations. “The police later recovered 5 rounds of ammunition in the room of the lady during the course of their investigation.”

The Commissioner of Police has ordered that the owner of the pistol and suspected armed robber, who is at large, be apprehended while assuring Lagos residents of adequate protection of lives and property, vowing to go after criminals and hoodlums in Lagos State. 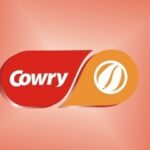 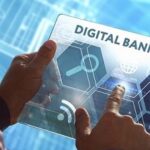