The Standards Organisation of Nigeria (SON) says all iron rods certified by the agency is fit for building and other projects in the country.

The Director General (DG) of SON, Farouk Salim, disclosed this while responding to questions, on frequent building collapse in the country, from members of House of Representative committee on industry who were on oversight function at SON office in Lagos.

“SON despite its constraints is doing everything to see that only good quality products are used in the country. Many iron rods imported into the country don’t pass through SON and that is challenging, all the iron rods that pass through SON certification are good for use. In recent times, we have confiscated about 100 tons of poor quality iron rods and is determined to do more to save the nation the agony of building collapse. “ Salim stated.

While welcoming the committee members, Salim disclosing that the Lagos Laboratory is the only one in the country that serves about 200 million people.

“The significance of your presence is the fact that you would see for yourself the amount of work we are doing and the amount of work we need to do in the future to make this country safer, to make our industries competitive and to protect our people from substandard goods, gas explosion and collapsed buildings,” he said.

The SON DG noted that the oversight function cannot be overemphasized at a time when the African Continental Free Trade Agreement (AfCFTA) is in full force, stating that the need to develop the nation’s testing capacity to address unscrupulous elements who would want to use the trade pact to make Nigeria a dumping ground. 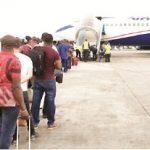 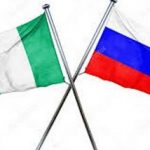