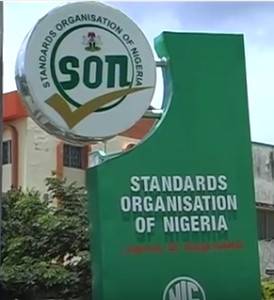 The Standards Organisation of Nigeria (SON) has unveiled 37 standards to boost Nigeria’s industrial development and improve its competitiveness in the African Continental Free Trade Agreement (AfCFTA).

Chairman, SON Governing Council, Evelyn Ngige, made this known during a visit by the governing body of SON to its facilities at Ogba, Lagos. Ngige said three out of the 37 standards were reviewed and eight were newly-developed, while 26 had been adopted for existing international standards.

According to her, the approved standards which cut across various sectors of the Nigerian economy are in line with the approved Nigerian Industrial Standardisation Strategy. She said ten of the standards were developed for chemical technology, in particular for plastic piping products, thermoplastic pipes, and human and synthetic hair extension.

“It is important to state that SON recently developed testing capacity at the Ogba laboratory complex for the testing of plastics from raw materials to finished products. The test would to a large extent provide opportunities for manufacturers and dealers in plastic products to be competitive locally as well as take advantage of the AfCFTA to improve the nation’s economy,’’ she said.

Ngige said the next 17 approved standards were in the mechanical sector and they focused on agriculture to support Federal Government’s economic diversification agenda, which include standards for irrigation and crop protection equipment.

“We have also approved Nigerian Industrial Standards (NIS) for use in the food sector, liquor, spirits, and primary production of milk, candies, fruit nectars, soya drinks and alcoholic bitters sectors. Two new and unique standards have also been approved for masonry and carpentry services to meet the yearnings of Nigerians for quality in Nigeria’s building and construction sector,’’ Ngige said.

In his remarks, Director-General of SON, Farouk Salim, attributed the rejection of Nigerian goods overseas largely to failure of exporters to undergo standard procedures locally before exporting adding that the standards that were approved were painstakingly developed through stakeholders’ inputs and considerations.

In his words; “If exporters come through us and they follow the standards of our country and they follow the standards of the country to which they are exporting, then they should not have a problem. In December, we will have another council meeting to approve more standards. Every standard we put out there is strategic to AfCFTA, because when we establish our standard, it is expected for people who are expecting our goods to look at the standards and then know that the products approved are up to standard.

“Some of the standards approved have to do with hair and now people in that line of business know that there is a standard for that kind of product. We have standards for food. When exporters ship goods that have our stamp on them, the recipient country would realise that the products meet set standards,’’ Salim said. 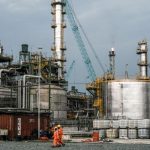 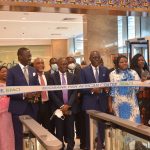