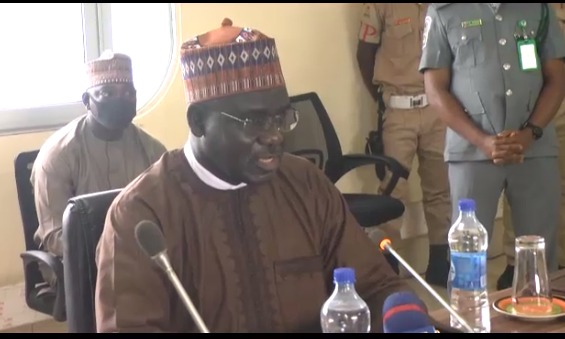 The convivial mood of the country had changed and the land, especially the north east was reeking in ancient massacre and became devastated with diabolical intrusion.

For the first time in a long time, anger and nihilism became official dictum through organized terrorism.

The peace in Nigeria’s capital, Abuja, was displaced by vengeful, omni-directional hatred.

This ugly situation when President Muhammadu Buhari assumed office in 2015 provoked an immediate need of a trusted General to change the insecurity narrative in Nigeria.

Lieutenant General Yusuf Tukur Buratai (retd), was widely recommended on account of his outstanding military pedigree. He was, unarguably, the pick of the pack. And he became the Chief of Army Staff in July 2015.

He hit the ground running and soldiered on. Despite segmented bashings from stakeholders and sections of the human rights groups who orchestrated hugely unsubstantiated allegations,   Buratai continued in a most commendable fashion.

He equally provided leadership and inspired the troops to work harder through dedicated strategies.

In the course of this selfless service, he was grossly abused and insulted even when he daily put his life on the line, fighting insurgents.

By the time he left office in early 2021, the remnants of the Boko Haram insurgents have been confined to the fringes of the Lake Chad Basin region, with no territory under their control and largely carrying out hit-and-run skirmishes.

But for his unalloyed commitment to Nigeria’s unity though dedicated services, Ambassador Tukur Buratai, by now,  would have been enjoying his retirement, tending to his  post-service engagements  in agricultural.

But that was not to be as President Buhari beckoned yet again for “Another important assignment”, few days after service in January, 2021.

The former Chief of Army Staff faithfully obliged to take part, as fully as he can, in any measure designed, in particular, to keep the constituent ethnic units in the federation of Nigeria as one as well as preserve Nigeria as an economic and political entity, but, this time, through diplomatic channels.

The President’s brief was clear and straight forward especially from the already well known international influence, funding and supports for insurgency in Nigeria.

Given his deep understanding of the President’s intentions in view of his direct involvement in counter insurgency operations for reasonable length of years as Army boss, Buratai easily subsumed into Buhari’s tactical design to secure Nigeria’s borders through neighbouring countries as an Ambassador.

He particularly felt it would be untidy of him to abdicate such responsibility when the war against insurgency is yet over.

He reckoned that there was important need to reinforce service chiefs’ efforts from the outside through diplomatic push and supports.

Expectedly, his resumption at the Republic of Benin as Ambassador was the needed signals to smugglers of arms and architects of economic sabotage that the game is over.

First was the case of Sunday Igboho, apostle of secessionist ideology and leading figure in the agitation for the creation of Oduduwa Republic.

Igboho’s agitation ran afoul of the regulations. He was discovered to be associated with illegal weapons, a development that undermines government’s commitment to ride the system of illegal arms and promote peace for social harmony and economic growth.

The Nigerian government swung into action and Igboho thought of exploring the Benin Republic loophole to escape justice. But never again. A new Sheriff is in town.

With General Buratai as the Nigerian Ambassador in Benin Republic, such was not going to happen again.

He reawakened all the unused diplomatic regulations including bi lateral relations in line with the science and philosophy of international laws to ensure appropriate diplomatic steps are deployed without infringement on fundamental rights.

To all intending Igbohos, the rhythm of the Nigerian song has changed.

In the economic front, the Nigeria Bureau of Statistics, NBS, in late August, released figures of Nigeria’s Gross Domestic Product (GDP) which grew by 5.01% (year-on-year) in real terms in the second quarter of 2021, marking three consecutive quarters of growth following the negative growth rates recorded in the second and third quarters of 2020.

Buratai, an economic engineer himself, rose to the occasion to consolidate the gains of the joyous development by ensuring the growth rate is not punctuated through smuggling of contraband goods.

On Tuesday, August 31, he assembled stakeholders and all other security arms and inculcated in them fresh dimensions aimed at reinventing the Nigeria’s narrative.

He shared President Muhammadu Buhari’s renewed vision to the extent that the border should no longer serve as route for smuggling of arms, ammunition and other contraband economic goods.

Speaking with Customs and Immigration personnel, Buratai called for synergy as well as rational measures in the containment of illegal activities in alignment with federal government’s vision.

He injected fresh directives into their operational codes, maintaining that never again should the border become the hub of economic sabotage.

*tribute by the National Association of Online Security reporters 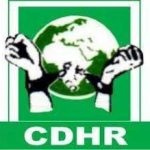 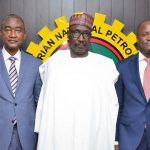