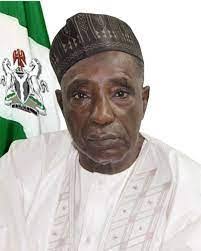 The minister of Agriculture and Rural Development, Sabo Nanono, has prevented policemen on duty, at the International Conference Centre (ICC) in Abuja, from arrestiing the factional leader of the All Farmers Association of Nigeria (AFAN), Farouk Rabiu for questioning over fraud related issues.

According to reliable sources and eye witnesses at the scene, which was the venue of the 2021 Council on Agriculture, the police were there to invite Farouk to the Force headquarters following a petition against him for acts that bordered on criminality.

Recall that recently a Federal High Court sitting in Abuja had cautioned the renegade group led by Farouk, through their lawyer, on Wednesday,15/2/2021, against parading themselves as leaders of AFAN until the matter is determined in court.

Farouk had been accused of defrauding investors using the name of AFAN Kano branch which he illegally registered, a matter which had been brought before the Corporate Affairs Commission, who revoked the registration.

However, Farouk has been continuously recognised as the leader of AFAN, by the Minister who hails from the same state with the outlaw splinter group leader despite several petitions from the Arc Kabir Ibrahim led executive.

The minister’s actions in siding with Farouk despite a case in court to resolve the leadership tussle of farmers group, has been allegedly linked to the minister’s shameful removal as chairman of AFAN Kano, long before he became appointed minister.

Witnesses at the scene said after frantic efforts to get the Inspector General of Police on phone to call off his men failed, the Minister resorted to hiding Farouk in his official car, an act that tantamount to obstruction of justice, much to the chagrin of the police officers.

The source further disclosed that the policemen declined to follow the minister to his office on his request.. 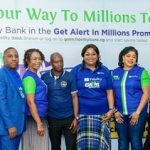