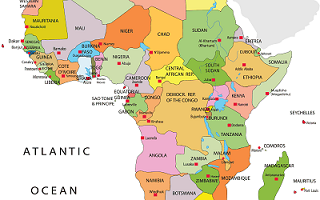 The Agreement for the establishment of African Continental Free Trade Area (AfCFTA), one of the ﬂagship projects of the first ten-year Implementation Plan (2014-2023) under the African Union (AU)’s Agenda 2063, was signed after the adoption of the Monrovia Strategy in 1979, followed by the Lagos Plan of Action in 1980, the Abuja Treaty in 1991 and the subsequent Decisions and Declarations approved during previous Summits relating to the economic development and integration of the African continent.

Three separate deals, target expanding intra-African trade by harmonizing regulations, removing protectionism and bureaucracy, were signed in Kigali in March 2018, to create a realistic opportunity for attaining a common market for Africa. The agreements are; the African Continental Free Trade Agreement, the Kigali Declaration and the Protocol on Free Movement of Persons.

AfCFTA is a framework for a single market incorporating over 1.3 billion people in the 55 states of the continent with a combined gross domestic product (GDP) of about US$3.4 trillion, according to the African Union (AU). The Agreement covers Trade in Goods and Services, Investment, Intellectual Property Rights and Competition Policy, which requires member countries to remove tariffs on 90 percent of goods, progressively liberalize trade in services, and address a host of other non-tariff barriers.

On July 7, 2019 Nigeria and Benin committed to signing the Africa free trade agreement at the 12th extraordinary session of the assembly of the union; leaving Eritrea as the only nation out of the 55 African Union member States not to sign up to the deal.

Experts agree that AfCFTA, as currently constituted, is the world’s largest free trade area since the formation of the World Trade Organization. Estimates from the UN Economic Commission for Africa (UNECA) suggest that AfCFTA has the potential to boost intra-African trade by 52.3 percent, and to double it if non-tariff barriers are also significantly reduced.

Intra-Africa trade comparatively has over the years been low, records show that total exports in 2017 were 16.6% of GDP compared with 68% in Europe and 59% in Asia. It is estimated that AfCFTA could help boost consumer and business spending on the continent to about $6.7 trillion by 2030 if trade barriers are completely removed allowing the free movement of goods, services, and people across the zone. 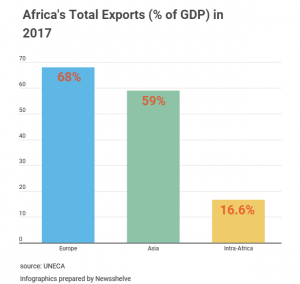 The World Bank says the African Continental Free Trade Area will enhance employment opportunities and incomes, lifting over 68 million people in the continent out of poverty while enhancing competitiveness for African companies at the industry and company level.

The Pan-African Private Sector, under the umbrella body of the African Business Council (AfBC), is excited about the start of trading under the AfCFTA which presents enormous business opportunities for the continent’s private sector, women and youths.

The Interim Vice Chairman of the Council who is also the President of The Manufacturers Association of Nigeria (MAN), Mansur Ahmed, says AfCFTA would help grow the participating countries’ private sectors through increased manufacturing, transportation, distribution, and health eco-systems among other activities.

In his words, “It is a new year, and new opportunities are emerging. As manufacturers, traders, farmers, transporters, shippers, Women Business Associations and Youths, here is our time to feed Africa through agriculture, manufacturing and promoting value chains. It is only through a united voice that we can have transformation in Africa,” he said.

Financial services are essential in Africa’s continental market since the free movement of goods and services requires facilitation of funds transfer. More people in Africa, who would ordinarily have been excluded, are gradually having access to financial products owing to increasing campaigns for financial inclusion which is over 83% in Kenya while Nigeria is targeting about 80% inclusion in 2021.

Some Banks in the continent are already engaged in making instant and stress-free payments across countries in Africa as implementation of the AfCFTA commences. This is made possible with the deployment of technology, particularly mobile devices and the internet. It is interesting that many financial institutions in Nigeria, in collaboration with relevant institutions, have already installed critical technological infrastructure to facilitate financial inclusion within the free trade area.

The President and Chairman of AFREXIMBANK, Professor Benedict Oramah, has also expressed the readiness of African Export and Import Bank, to support the implementation of the AfCFTA, through the Pan-African Payments and Settlement System (PAPSS). “The PAPSS is one of the greases that will oil the engines of the AfCFTA” Professor Ormah said. 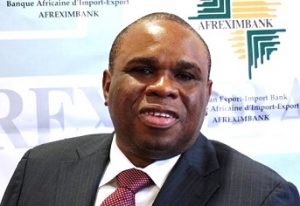 The Group Chief Executive Officer of Ecobank Trans-International (ET)I, Ade Ayeyemi, says Nigerian banks have been able to make international payments across the continent via various Transfer platforms which can be scaled further to accommodate  more AfCFTA member countries in line with their respective guiding regulations.

Tariffs, domestic subsidies, import quotas and taxes are some of the barriers the government deploys to support domestic industries from more efficient foreign competitors by making imported product prices expensive than the domestic counterparts.

With AfCFTA in place, it is expected that certain goods would be cheaper to obtain across borders than to produce domestically as trade barriers are being eliminated, and this would eventually lead to job losses as less competitive industries would close shop. Many member countries of the African Union are, understandably, currently not disposed to implementing in full the relevant protocols and annexes of the agreement as it relates to completely removing trade barriers.

It is interesting to note that the EU has already assisted the AU in developing a computerized platform for Africa countries to register goods on which they are willing to reduce or eliminate tariffs under the free-trade regime even as AU officials have also consulted the European Food Safety Authority in Italy to establish a similar organization in the continent.

One of the major anticipated hindrances to the success of the free trade zone is the issue of dumping. Rules of origin are the criteria needed to trace the national source of a product which determines the duties to be charged and restrictions where necessary.

According to Ahmed, There is a need to ensure that all countries operate based on the rule of origin that has been agreed. “The dumping issue frankly is a matter of political will; do our governments and political leaders have the political will to agree on those things that we have to do? For instance, to ensure that we do not allow dumping to take place.” 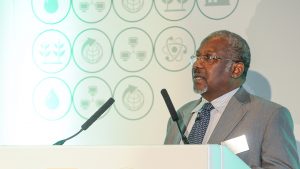 Agribusiness Expert and Founder/CEO of JR Farm, Olawale Opeyemi, has expressed concerns about uncompetitive cost of production and dumping of substandard products.

In his words, “When you look at the cost of production even within the sub region, it differs from country to country.  In Nigeria, the issues of electricity, road network and other challenges are affecting production across sectors, Agriculture inclusive. Nigeria will unfortunately not have the comparative advantage to succeed with this trade. It is cheaper to produce everywhere else than in Nigeria, most likely the country will end up a dumping ground.”

“ I think West African will be really affected as there’s already competition between the Anglophones in West Africa; the ongoing economic tensions between Nigeria and Ghana is going to continue even with the free trade zone as everyone will be protective” he noted.

The JR Farms CEO has also underscored logistics as another likely huddle in the implementation phase of the African Continental Free Trade Agreement in Nigeria even as land borders are now opened for continental trade after it was closed in August 2019. 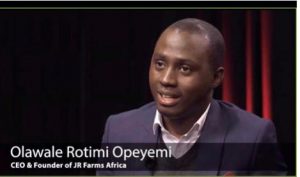 In his words, “Roads have become very bad, many countries are landlocked. I believe logistics in terms of air lifting will be a major problem for many countries in the free zone especially the West African countries. The members of the Common Market for Eastern and Southern Africa (COMESA) are well ahead considering the level of free trade agreements within the region that is made up of about 21 member states stretching from Tunisia to Eswatini.”

“Moving trucks around East Africa is not a problem and not expensive. You may be paying $500 to $1000 depending on the country you are going to. This is scientifically calculated, even the local taxes, the meters are there, they keep reading as you move around.” Opeyemi said.

To realize the full potential of the free trade area, member countries have to develop national strategies to guide the implementation process as well as ﬁscal and monetary policy to align with the new direction.

The need to increase budgetary allocations to improve supply chains across the free trade area and develop human capital to enhance skills required for the new order cannot be understated. 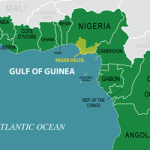