Ecobank Group has recorded a revenue of N641.8 billion for the year ended December 31, 2020, representing a nine per cent jump compared with the N586.9bn posted in the corresponding period of 2019. 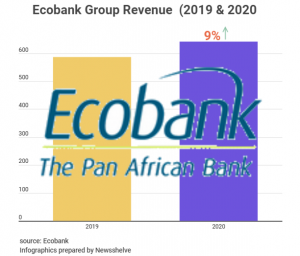 In its audited report submitted to the Nigeria Stock Exchange (NSE), the pan-African bank also recorded superlative performance in other key financial indices despite the harsh operating environment during the period under review. 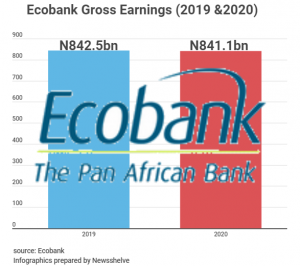 The operating income before impairment losses, however, increased by 20 per cent, from N198.6 billion the previous year to N239.1 billion during the year under review. 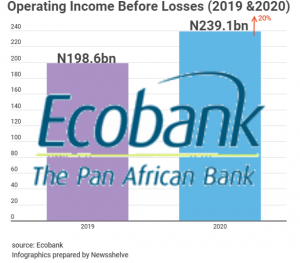 Similarly, total asset of the bank nudged up to N10.4 trillion in the year ended December 31, 2020 from N8.6 trillion in the corresponding year of 2019, representing 20 percent increase. “This is a reflection of the power of our Pan African diversified one-bank business model” Ecobank Group CEO, Ade Ayeyemi, noted. 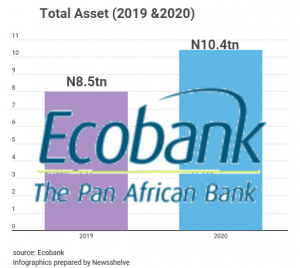 According to Ayeyemi: “2020 was a year which tested the resilience of the human spirit in rising to the many challenges as governments, businesses and households’ unrelentingly strove to keep citizens, clients and loved ones safe. I am proud of Ecobankers’ hard work and continued service to our customers and the support we provide to the communities we serve.”

Other results of the bank show profit before goodwill impairment went down by 12 percent to N129.1 billion as against N 146.5 billion recorded in the corresponding period of 2019. 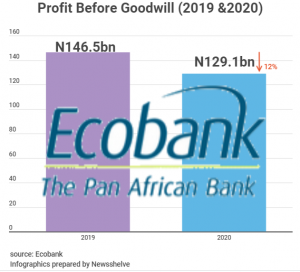 The bank recorded Profit before tax of N66.6 billion as against N146.5 billion reported in 2019.  While Profit after tax closed at N33.7 billion during the year under review. 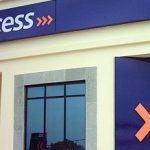 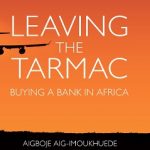