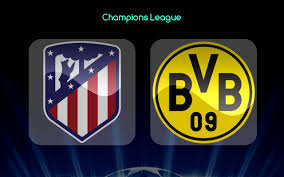 The UEFA Champions League is back on the agenda this week, and this coming Tuesday night (6 November) sees three huge games take centre stage. Atletico Madrid will be out to avenge their recent 4-0 drubbing at the hands of Borussia Dortmund, while Barça travel to take on an in-form Inter and Napoli will expect to get the job done against French league champions PSG at the San Paolo.

Before you go any further, head on over to the Oddsshark website, find your favourite betting site and get your own account up and running using your credit card. As a new customer and with the Champions League group stages well underway, there should be a wide range of promotions and special offers available to you.

Where should I be investing my money?

First up, Dortmund head to the Spanish capital to take on Atletico Madrid. Last month, Borussia thrashed the Spanish side 4-0 in Germany and will be confident of getting another result this time around – Dortmund sit top of the Bundesliga after a 1-0 win away to Wolfsburg this past weekend – they have, however, won just one of 13 previous matches in Spain.

However, Atletico can take from their impressive home record against German opposition in European competition. They have won 13 of 19 previous matches and after slipping up in La Liga this past weekend, in a 1-1 draw with Leganes, will be keen to get back to winning ways.

And with home advantage, it is Atletico who come in as the clear favourites to take three points in this one. The Spanish side are at just 1.75 to pick up the win, while Dortmund are out at 4.75 to do the same – a draw is priced in the middle at 3.60, according toOddsshark.

Inter looking to stop Barça in their tracks

Arguably the biggest game of the night will come from the San Siro, as Inter Milan look to stop La Liga champions Barcelona in their tracks. The Italian club sit second in Serie A after seven league wins in a row – they did, however, taste defeat at the Camp Nou, losing 2-0 to Barcelona, and coach Luciano Spalletti will be out to put that right on Tuesday night.

After a recent stutter, Barça look very much to be back on track. They have won their last five matches in a row across all competitions, including a 5-1 thrashing of Real Madrid in el clásico, and sit four points clear of Sevilla at the top of La Liga.

And despite being away from home, it is Barcelona who come into this match as the favourites to continue their winning streak. The Catalan club are at just 1.90 to snatch the points, with Inter out at 3.60 to pick up the win – a draw would appear to be the least likely outcome and is priced accordingly at 3.75.

And with home advantage, we fancy Inter to cause an upset here. A 2-1 win for the Italians is priced competitively at 12.00, thereby offering more than a ten-fold return on any investment, while a combo bet of an Inter win and both teams to score comes in at 6.50.

Napoli to get one over PSG

And finally, Napoli welcome PSG to the San Paolo hoping to complete the job this time around. Last month, the Italians came within a whisker of beating PSG in their own back yard, only to concede a late equaliser and have to settle for a 1-1 draw.

Napoli come into this match full of confidence after thrashing Empoli 5-1 this past weekend. PSG, meanwhile, have made history by winning their first 12 matches in Ligue 1.

And while the betting is close, it is PSG who come in as the slight favourites to take the points in this one. You can more than double your money by backing the French club to pick up a win on the road at 2.25, with Napoli only slightly higher at 2.75 – a draw comes in highest of all, at 3.80.

And after running PSG close on the road, we are expecting Napoli to take the points in front of their own fans. A 2-1 win for the Italians is priced at 10.00, while you could more than quadruple any investment by backing a combo bet 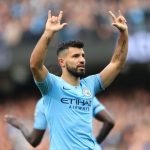 Mourinho Takes Swipe At Aguero, City Ahead Of Etihad Clash 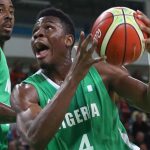