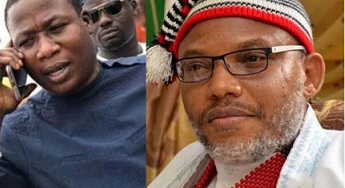 The signature strike of the ISIS terrorist group is their capacity and capabilities to take on state security agencies. They go for your Police stations, Army camps, bases and check points.

Apart from their formidable war capabilities, ISIS has got great financial resource. It is not impossible that they can buy anyone especially in Nigeria to execute their covert and overt plans.

Suddenly, Nnamdi Kanu, sitting safe, somewhere outside Nigeria allegedly issues an order for those sheepishly following his fraudulent leadership to attack Police stations and Soldiers in the South East.

Interpret this any way you wish, I am just applying my conspiracy theory on this matter. The current phase in Kanu’s imbecilic secessionist agitation is ISIS-styled. The only difference here is capability. He doesn’t have as much money and weapons as the dreaded terror group.

It is the poor innocent children, women and ignorant youth who are now bearing the brunt of his senseless order; all over the Eastern part of the country.

Look at the Sunday Igboho example in the South West. Without getting funding from anyone or any group, the Patriotic young man is leading from the front and not from a foreign country.

That’s why the Fulani-dominated Federal Army may not openly go after him nor bring him down because he has the goodwill of the Yoruba people, his ancestors and most of all, God.

Whether, you are Yoruba or not, the Sunday Igboho phenomenon could sweep you off your feet. The name and activities of Sunday Igboho have become INSPIRING.

Kanu’s fraudulent bully of Igbo people into his illicit agenda continue to elicit anger and curses from Ibos being subjected to another state of war because of him.

Unlike Kanu, many Nigerians support and pray for Sunday Igboho. The whole of the Yoruba people are so inspired by his leadership, they are willing to surrender their comfort to join his salvation army to save Yoruba people from the alleged Fulani’s aggressive push to take over their land.

In fact, the Sunday Igboho phenomenon also exposes the  agitation by so called militants who turn millionaires and billionaires once their nuisance value have struck a chord with the Government.

The militants claim to fight for the people and their degraded Communities. However, after their storm, fragile peace returns and the Niger Delta retains its ugly state and status as one of the world’s worst oil producing communities to live.

Back to the Kanu-Igboho comparison…

Even the average Ibo man, who now has the benefit of a Sunday Igboho leadership in another region of the country, can now understand that his own Biafran leader may not really be working in his own interest.

Even though I believe allowing himself to be dragged into the secessionist agenda may be Igboho’s archiles’ heels, the manner in which the Drivers are running the Yoruba nation campaign is far deeper, more mature and more sophisticated than the kindergarten agitation by the Kanu-led Biafra campaign.

But you cannot see the Nigerian Army invading the South West or laying siege on Lagos.  As a matter of fact, it is obvious that the Oduduwa nation found its voice when Sunday Igboho blew the trumpet through his selfless fight for the oppressed and determination to defend Yoruba race.

For this, he has the blessings of Yoruba at home and abroad. This is not the same in the case of Kanu.

This is the difference I see between the two. 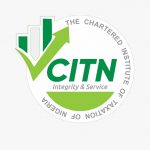 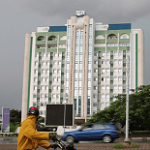