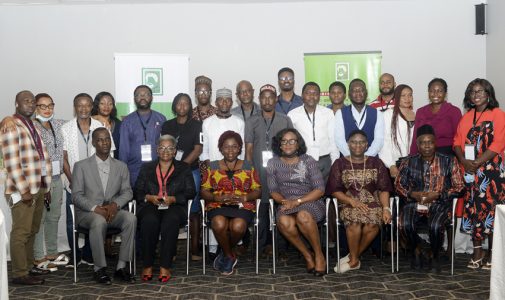 Stakeholders at a five-year status update meeting on the Regulators Monitoring Programme (REMOP) on electricity and basic education, held recently in Lagos by the Wole Soyinka Centre for Investigative Journalism (WSCIJ), have been urged to engage with stories as a tool for change while they shared the lessons and impact of the REMOP project.

Motunrayo Alaka, Executive Director/CEO, WSCIJ, gave the charge while presenting the REMOP 5-year report on the focus issues of electricity and education at the meeting which attracted stakeholders from government, media, academia and non-governmental organisations, private sector and international development partners. The meetings reflected on the lessons and impacts of the REMOP project, especially as they related to the media’s role to hold the government accountable.

Alaka who insisted that the issues affecting Nigeria as a country are connected and should not be treated in silos, said the supply of electricity affects education delivery and vice versa. As part of WSCIJ’s response to the issues, she revealed that WSCIJ enabled the publication of 91 investigative stories – 35 on electricity and 56 on education. The stories on electricity covered 18 states and Federal Capital Territory (FCT), Abuja, while the stories on basic education covered 21 states and the FCT. According to her, the stories got at least 20 responses from the government and other relevant stakeholders.

Apart from the publication of stories, the WSCIJ implemented media monitoring of select newspapers, developed and published status report on electricity and basic education in Nigeria, published a photo book each on the state of schools and the challenges in Nigeria’s power sector, held three stakeholders’ meetings, hosted capacity development for reporters and students of journalism, held media lecture series, and enabled collaborative stories between media and advocacy organisations.

Representatives of the MacArthur Foundation, WSCIJ’s partner for the project over the last five years, Oladayo Olaide, Deputy Director, Nigeria Office; and Amina Salihu, Senior Programme Officer of the Foundation, joined the meeting virtually for the two days. They spoke on why the Foundation considers WSCIJ’s work on the regulators in the electricity and basic education important to support. According to them, the Foundation was excited to support the WSCIJ as part of the focus of its work to tackle the hydra-headed problem of corruption in Nigeria. According to the speakers,  the support was not to point an accusing finger at the government, but to help the regulators in the electricity and education sectors deliver on their responsibilities, while holding them accountable to the people.

On their part, reporters trained and mentored under REMOP said the project broadened their understanding of the issues in both sectors and improved their capacity to investigate the issues. One of the reporters physically present at the meeting got a job as a permanent staff of a media house after years of freelancing as a fallout of his story project under REMOP. “REMOP opened me up to issues in the electricity sector. It taught me that these issues are not as distant as I thought,” another reporter revealed.

Elizabeth Osayande, a reporter with The Vanguard Newspaper, said the training and mentoring under REMOP helped her to do deeper investigations on the issues affecting the education sector, some of which have been very impactful.

Other stakeholders present at the hybrid event shared their gains from the five years of implementing REMOP. Emmanuel Orji, President, Association for Formidable Education Development (AFED), a support group for low-fee schools, said his association enjoyed more media coverage since taking part in REMOP in 2017.

According to him, this translated into government support for the members of the association. Similarly, Joy Ogaji, Executive Secretary, Association of Power Generation Companies, remarked that her participation in previous stakeholders’ meetings has helped her garner feedback for her work and also use her platform to share knowledge with reporters.

There were recommendations that the reporters pass down the knowledge they have gained in investigating the sectors to other journalists to sustain the culture of quality reporting in the education and electricity sectors. The need to report in such a way that it drives policy change around the focus issues was also observed for basic education.

For the electricity sector, reporters were charged to do more nuanced reporting of the sector, and not treat issues in silos. It also came out clearly that the sector had become less transparent since it was privatised. This is evident in access to information bottlenecks encountered by journalists when reporting. Stakeholders were also urged to be more open to journalists as their silence is often interpreted to mean the sector is doing badly.

REMOP is an initiative geared at following and reporting activities of government agencies, ministries and institutions that have the responsibility to perform oversight functions on particular sectors and or issues. The first five years of the project focused on basic education and electricity through the Universal Basic Education Commission (UBEC) and the Nigerian Electricity Regulatory Commission (NERC).

WSCIJ is a non-governmental organisation with a vision to stimulate the emergence of a socially just community defined by the ethics of inclusion, transparency and accountability through the mechanism of investigative journalism. 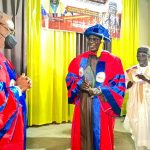 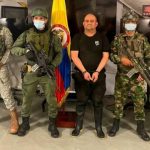