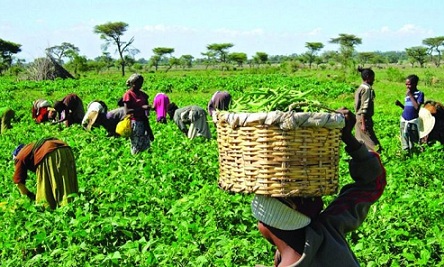 The Minister of Agriculture and Rural Development, Alhaji Sabo Nanono, has incurred the wrath of the All Farmers Association of Nigeria (AFAN), that has taken the Minister to Court, over his alleged attempt to destabilise the Association’s internal democracy structure and impede farmers efforts at working harmoniously with the federal government in attaining food security.

In a release signed by the Assistant Publicity Secretary of the umbrella body of farmers in the country, Salisu Mukhtar, the body noted that the undue interference of the minister, rooted in vendetta by insistently recognising an illegal faction, ‘was at cross-purposes with its constitution and counter-intuitive to the rule of law’.

“Upon the appointment of Alhaji Mohammed Sabo Nanono as HMA, who was once removed as acting Chairman of AFAN Kano State chapter in 2007 for misappropriating fertilizer, the undue interference in AFAN activities began.” The statement read.

According to the body, AFAN being an NGO is not a department in FMARD and cannot be controlled or destroyed by any individual no matter how highly placed.

“Actions of the HMA which have become a mockery of the law include recognising an unconstitutional and illegitimate leadership faction of the association by playing host to them in his office on several occasions and accepting invitations by them in the full glare of the public, in spite of knowledge of the pending court case.

“This polarising act by a minister representing a constitutionally recognised administration of President Buhari, is undoubtedly antithetical to the rule of law and democratic norms, which are the bedrock of the administration he is serving under,” Murktar said.

The association is asking that the matter which is in Court 9 of the Federal High Court (FHC) before Justice Taiwo Taiwo should be allowed to be resolved, especially by the Plaintiffs who filed the suit in the first place.

“The minister’s actions are directly inimical to the economic progress of the sector which is also hinged on the leadership stability of the private sector stakeholders which AFAN represents.

“Farmers as an extension of the national polity, who participated in and voted overwhelmingly for this administration, are irked by the actions of the minister, which is inadvertently truncating the association’s efforts at enjoying internal democracy nationwide.

“To act in any way by the minister, the Plaintiffs’ lawyer or the Plaintiffs themselves, before the determination of the suit is lawless and adjudged a contempt of court.

“Justice must be allowed to take its course if AFAN is to continue to exist as the apex body of all farmer-associations by whatever name called in Nigeria,” Murktar said.

The body stated that AFAN was registered in 2005 by the CAC with reg: 18160 and three registered Trustees namely Murtala Nyako, Dr Shettima Mustafa and Chief Femi Coker as the apex body of all farmer-associations by whatever name called in Nigeria.

Murktar explained that: “President Olusegun Obasanjo advised then that Murtala Nyako should head the management of AFAN as National President and the duo of Chief Femi Coker and Shettima Mustafa to be deputies 1 and 2 respectively pending general election.

“All other officers were appointed as interim management members in the same manner. AFAN elections did not hold until after Abdullahi Adamu former governor of Nasarawa State became the President.The elections from the Wards of 774 LGAs to the 36 states plus FCT took nearly two years to be concluded.The National Election was conducted in 2014 and the elected Executives duly inaugurated. From this point on AFAN began to be recognized as the umbrella of all farmer-associations in Nigeria guided by its constitution as an NGO.”

AFAN on the 6th of May, 2021, served the minister a pre-action notice through their attorney A.O Okeya and Associates for legal actions against his person, for unduly interfering and recognising the Mr Faruk Rabiu faction in the capacity of leaders of the association. 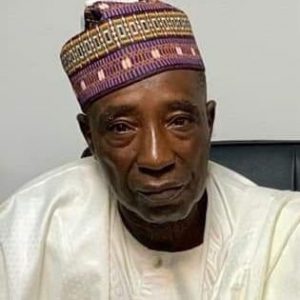 The pre-action notice accused Rabiu’s faction of circulating letters to AFAN state chairmen across the 36 states of the country including the Federal Capital Territory, under the directive of the minister asking them to purchase inputs supplied by the ministry through them at exorbitant prices.

According to the association’s attorney: “We were informed that on the 26th of April, 2021, the said Faruk Mudi through his Counsel M.M Bakari Esq, wrote a letter to your office intimating you about an election conducted by them, which you directed the Permanent Secretary of your ministry to advise all agencies to recognise this illegal faction, knowing fully well that there is a pending matter at the Federal High Court 9 Abuja.”

“From the above, we demand that you desist from dealing, transacting, aiding and encouraging Faruk Mudi & Co to stop using your office to perpetrate injustice, as the leadership tussle is before a court of competent jurisdiction.

“Take notice therefore that this is a pre-action notice, as we shall seek redress in the law court and demand for damages against your person for aiding Faruk Mudi & Co to defraud AFAN members. You are warned.” The statement read. 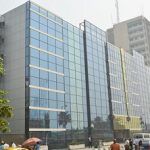 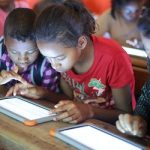