In a surprise move, President Mohammadu Buhari, on May Thursday 6, 2021 approved the removal of Hadiza Bala Usman, as the Managing Director of Nigerian Ports Authority (NPA). The sack, which caught many stakeholders, including Hadiza herself on the wrong footing, came against the run of play, given the perceived closeness of Hadiza to the presidency.

It could be recalled that Hadiza was part of the think- tank team who worked tirelessly for the re-election of President Buhari in 2019. For her visible role, she was rewarded with the second tenure appointment as the MD of the super-rich government agency, six months before her first tenure was over.

However, it was gathered that the perceived closeness with the presidency and the support she enjoyed from her “foster father” Governor El- Rufai of Kaduna state, had given her what a source described as a “false sense of invincibility and unusual boldness” which was said to have made her step on many toes, including that of her direct boss, Rotimi Ameachi, the Minister of Transportation. 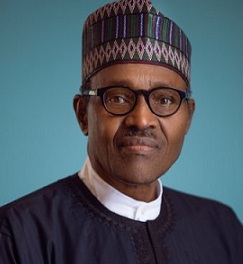 Sources claimed that Ameachi, who supported and recommended the appointment of Hadiza for the plum job in 2015 when Habib Abdullahi, the immediate past NPA MD was sacked, never wanted her to come back for the second term. However, the Minister was beaten to his scheme to get one of his associates appointed.

In a deft political move said to have been masterminded by El- Rufai, Hadiza’s re-appointment for another second tenure was hastily announced, six months before her first tenure expired, thus effectively frustrating the plan of Ameachi to unseat her.

Sources claimed Hadiza was aware of Ameachi’s opposition to her re-appointment and how he was beaten to his game, a realisation which the sources said emboldened Hadiza to act in a way that Ameachi found distasteful and frustrating. This development, the sources said, led to the collapse of the once-thriving relationship between the two.

However, the situation made most of the internal forces against Hadiza have the ears of the Minister in whom they found an ally to unseat Hadiza. This led to the series of petitions against Hadiza over her alleged financial impropriety, high-handedness, and other activities that border on flagrant abuse of civil service extant laws such as the appointment of staff that defiled due process, favourism and other related allegations. 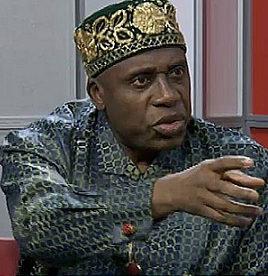 In conformity with the Presidential approval, Garba Shehu, the Special Senior Assistant to the President on Media and Publicity, in a statement, said President Muhammadu Buhari has approved the setting up of an administrative panel of inquiry to investigate the management of the NPA. Shehu said the approval was granted sequel to the recommendation of the Ministry of Transportation headed by Rt. Hon. Chibuike Rotimi Amaechi.

The panel, according to the statement, is to be headed by the Director, Maritime Services of the Ministry of Transportation while the Deputy Director, Legal of the same Ministry would serve as Secretary. “Other members of the panel will be appointed by the Minister”, it further said.

Meanwhile, “The President has also approved that the Managing Director, Hadiza Bala Usman step aside while the investigation is being carried out. “Mr. Mohammed Koko will act in that position”, the statement declared. 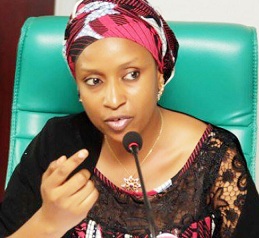 Stakeholders believed that this statement has put paid to Hadiza’s ambition of becoming the longest-serving Managing Director of the NPA. “Step aside is a euphemism for a sack. Hadiza has been sacked, forget the semantics. I don’t see her returning back as the MD. It would be a miracle if she does because there was no precedent for such a recall” a source at NPA told our correspondent.

Those who are well versed in the politics of NPA said Ameachi may have gotten his own pound of flesh as he has shoved Hadiza out of the way and installed one of his cronies as Acting MD. However, it is yet to be seen how long Mohammed Kolo would be in that position before a substantive helmsman is appointed.

*Culled from The EyeWitness News 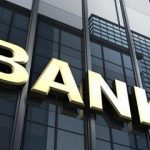 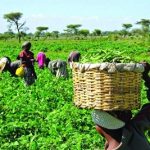