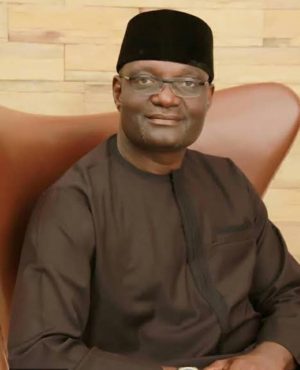 The lackadaisical work attitude of the new Executive Secretary/Chief Executive of Nigeria Shippers Council (NSC) Emmanuel Jimmy, has drawn the ire of the Maritime Workers Union of Nigeria (MWUN) that has accused him of refusing to engage with the industry stakeholders on ways to tackle the many challenges confronting the nation’s maritime sector.

He recalled the recent invasion of the offices of some of the shipping companies in Lagos by alleged heavily armed officials of the Federal Consumers Competition Protection Commission (FCCPC) noting that the Nigeria Shippers Council has abdicated its responsibilities in just few months after the immediate former CEO, Barr. Hassan Bello, retired from service.

In his words: “This development explains the issue I am raising about the new man at the Shippers’ Council who is not meeting with stakeholders. If the invasion of the shipping companies’ offices had taken place in the time of Hassan Bello you will see him in the forefront of the struggle to engage those invaders. He will be there.”

“We have written to congratulate Emmanuel Jimmy on his appointment, and for a courtesy visit, but he has never deemed it fit to meet with the union so that we can advise him. Back to the question of the invasion of the shipping companies by the said government agency, nobody can enter your compound without due process. When that invasion occurred, we were taken aback with my team. We left this office around 8pm that day. When they came, they attacked Hull Blyte, Cosco and others to the extent that they invaded the shipping Line’s servers.

“We condemned that act no doubt, but a senior officer of the Nigerian Shippers’ Council called me and asked me where those government officials that invaded the shipping companies with heavily armed came from. My response to him was simple, you are the regulator, and you need to investigate them properly.

“We, however, wrote to the new man at the Shippers’ Council over the incident, but no response. So we felt we could handle it in our own style. We are watching the new ES. As a regulator of the port industry your door must be open to those you are regulating always. That is how it was in the time of Hassan Bello and that is why the industry is already missing him,” he said.

The Maritime Workers Chief further recalled with nostalgia the administration of Barr. Bello, saying that he was greatly missed.

“Leaders come and leaders go, what you do will also be on record and I am telling you today that we are missing somebody in the industry, somebody that has been an intermediary between maritime stakeholders whenever the need arises. When he was there we did not value his performances, we thought what the man was doing was not supposed to be his job but where are we now? We are missing him greatly within this short period that he has been retired.

“I am not trying to praise him, but the truth is that when Bello was the ES at the Shippers’ Council, you will see him at the terminals. But now the council is not visible as it was during Bello. It’s a fact whether you like it or not. Since his appointment, has he called any stakeholders meeting, how is he doing his job?

“To us at MWUN we don’t know if the Executive Secretary of Nigerian Shippers’ Council has been changed, all we know is that Hassan Bello is on leave and that is my word. The acting MD of NPA has been active, whenever there are issues with the terminal operators and if he is not available, he will send the Port Manager to liaise with us.” Adeyanju said. 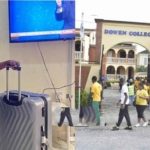 Schools Are Not Rehabilitation Centers! – By Nature Nurse 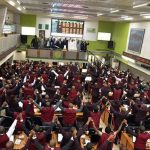