The Nigeria Customs Service Ogun I Area Command has refuted claims that it was involved in smuggling of arms and ammunition into the country.

A statement signed, on behalf of the Customs Area Controller, by the Command’s Public Relations Officer, Hammed Oloyede, said one Damilola Simeon Kehinde, and Ogunrombi Gbemileke, who are leaders of some students’ groups and one other, made the allegations during a purported press conference as published by the Sun Online News of Thursday, 26th August, 2021.

The statement noted that the Command would not have bothered to respond to the allegations but for the reason that they are misleading and are likely to create unnecessary tension in Ogun State and the Country.

The Command had since fortified the numerous illegal routes through which contrabands are smuggled into the Country with aggressive patrols and had stepped up its anti-smuggling operations in the State to checkmate the nefarious activities of these enemies of the State.”

“It is on record that since the resumption of the present Area Controller (CC Peter Kolo), the record of our achievements in the Command in both areas of revenue generation and anti-smuggling activities are being given out to the Press (media) on monthly basis in order for the public to be informed of our activities.”

According to the statement, the Command has recorded over 1,500 seizures of various contrabands and prohibited items ranging from foreign parboiled rice, foreign used vehicles, used shoes and clothing’s, Tomato Paste, Sativa (Marijuana), to petroleum products made for export since the beginning of the year.

“For instance seizures of Forty-six thousand, four hundred and ninety one (46,491) bags of foreign parboiled rice were made in the Command between the moths of January 2021 to August 2021. About 20 suspects are currently undergoing trial for various Smuggling offenses in the Federal High Court, Abeokuta, Ogun State.

“In as much as the Command does not want to join issues with the so-called students, their sponsors and collaborators we want to advise them to focus and concentrate on their studies and school activities so that they graduate in record time and be better citizen tomorrow instead of offering and allowing themselves to be used as a tools for blackmail of an individual and Government Institution. The Service wishes to implore them to channel their energy towards educating their fellow members of various communities on dangers inherent in smuggling activities.”

“Let the general public know that these allegations are baseless, unfounded, mischievous, dangerously misleading and aimed at causing distraction to our operations and security architecture in Ogun State and the Country and should therefore be disregarded. We are focused in our anti-smuggling duties and remained resolute to continue with our onslaught on these enemies of the state.” The statement read. 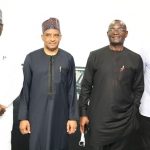