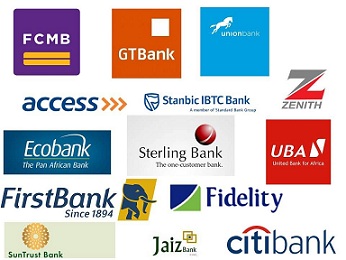 Nigerians woke up on Friday, April 2, 2021, to discover they couldn’t recharge their MTN lines from their banks as they usually do online. This wasn’t another April fool’s prank but apparently a real move by Nigerian banks to punish MTN for having the audacity to suggest reducing the margins on the commission for selling MTN credit to subscribers.

One wonders about the sort of thinking that prompted the banks to cut off over 75 million MTN subscribers from recharging via the USSD platform. Did they consider the pain such action would bring on the subscribers or the negative impact on the economy? Or was it a case of all is fair in war? It was a brutal tactic, one that sadly appears, in the short term, to have been effective.

It is difficult to imagine why the banks chose to disenfranchise close to 45 per cent of the Nigerian telecom subscribers. Perhaps the action reflects a deeper problem in the system. It is therefore, not surprising that Nigerians are now questioning the system that allows banks to unilaterally disconnect subscribers without recourse to a regulatory body or care for the pains such action would have on the customers.

The chatter started online and quickly gained momentum with online blogs carrying the news. By midday on Friday, April 2, 2021, MTN sent a message to its customers which read: “Dear Customer, our bank recharge channels are currently unavailable. Kindly recharge using physical cards. We apologise for the inconvenience. Thank you.”

At this point, it was obvious that a full-blown war was underway. The impact was far-reaching. MTN Subscribers couldn’t recharge their lines and so couldn’t load data. It disrupted businesses, family and personal issues. For two days subscribers scampered around to get physical recharge cards. Some unscrupulous retailers cashed in to increase the prices of recharge cards. Those who had not loaded physical cards in many years struggled to relearn how to do so using the code *555*PIN#. The disruptions in the nation’s economy following the action can only be imagined.

It is a trying time for many

MTN, however, responded with incredible speed by setting up new channels and publicizing them on social media. To ensure that subscribers are not deprived of the vital service, the Telco giant quickly signed on Flutterwave among other fintechs to fill the gap. And quickly, Barter app by Flutterwave, Kuda app, Jumia app, Opay app, Fundbea.ng, Bill’s pay app, Carbon app and others came on stream.

Indeed within 48 hours, the firm had established so many channels that experts began to wonder if there would be any space left for the banks when the issues are finally resolved. 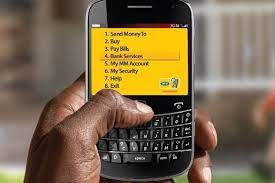 The resolution happened faster than many people had expected. By Sunday afternoon, MTN announced to its subscribers that the issue had been resolved while a permanent solution was still in the works.

The firm has agreed to restore the commission it paid commercial banks for providing payment platforms to its subscribers following the intervention of the Minister for Communications and Digital Economy and the Central Bank of Nigeria (CBN).

There are lessons in this episode. Trust has been broken and the future would be completely different from the past. Thankfully, technology again rose to the occasion. Within 48 hours over six apps had hooked up and actively marketing MTN recharge cards to subscribers. Confession: I downloaded Flutterwave.

The subscribers have tasted something new. Many won’t go back to the banks. The convenience. The lack of charge for some other services. The need for ‘soro soke’ generation to pick a side and stand up for a fight. It is going to be a long, maybe impossible way back for the banks.

The fintechs demonstrated the power of technology and the lightning speed of digital connections. They came, they saw profits, and they gained substantial subscribers. They would be reluctant, unwilling even, to return to the status quo. They will do nearly anything to maintain and possibly grow their share of the market.

Despite the purported resolution of the matter, the dynamics of the recharge market has been irrevocably changed. Going forward, Telcos would not be content to focus only on the banks in the light of how they unilaterally yanked MTN off the service platform.

The banks should not be rewarded for their bad behaviour. Cutting MTN off was unbecoming and some would argue largely irresponsible. They shouldn’t be allowed to get away with it. Some sort of sanctions has to apply. First to show the error of their ways. And then to prevent a copycat move from another section of the market tomorrow. Today, it is banks, tomorrow it could be the telcos or insurance. This is not the way to run an economy. Corporate governance was thrown to the dogs.

The move by the banks is reminiscence of the recent unprovoked food blockage. Monies were lost, food perished and trust was broken. The gains, if any, were minuscule.

MTN’s frantic and herculean efforts to ensure that the subscribers retain access to recharge stand in sharp relief against the abrupt way the banks disconnected the service provider without reference to the customers. It reflected and possibly reinforced an already ingrained perception about Nigerian banks: they don’t care about the customers. 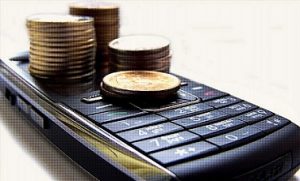 The situation is tricky. It involves money, lots of it. Patience would be required to resolve the issue satisfactorily, a lot of patience. To make progress, the customers, the interest of the subscribers must be at the core of any resolution. If the parties put the customers first and centre, then they will be able to find a sustainable way forward. The days ahead promises to be intriguing.

Common sense, however, dictates that the current cost structure cannot persist. Something would have to give. This concerns all of us. 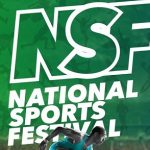 Before They Shoot The Students – by Dr. Osagie Obayuwana

Food Security: A Sine-Qua-Non For Curbing Protein Deficiency In Nigeria