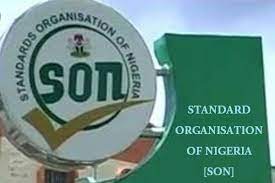 The Standards Organisation of Nigeria (SON) has announced plans to equip journalists with the requisite skills on International Organisation for Standardisation (ISO).

The Director General, SON, Farouk Salim, who disclosed this at a capacity workshop for journalists in Lagos recently said the training is imperative as it would help the media industry understand the benefits of ISO to the national economy in developing standards to ensure the quality, safety and efficiency of products, services and systems.

He also urged the media to carry out investigative journalism, applying cognizance creativity and authenticity to reports that would change the narratives of the country adding that the essence of the workshop is to appreciate the media and their contribution to the progress of the agency and the country in general.

On the level of seizures made so far, the SON boss noted that the tempo has increased tremendously, maintaining that responses from stakeholders and market associations indicate that SON is winning the war against substandard goods.

“The stakeholders’ response is very good and recently we have studies where steel products quality has also increased very much as we get this information from contractors and dealers. We are getting very good responses from stakeholders and the markets about the quality of steel products and cables,” he said.

Salim also reaffirmed SON’s commitment to strengthen its partnership with the media urging journalists to also act as vanguards in the fight against fake and substandard goods while disclosing that SON has signed a Memorandum of Understanding (MoU) with Katsina State government to develop the Small and Medium Enterprises (SMEs) in the State, stressing that discussions are also ongoing to take the campaign of standardisation to Jigawa, Kano, Bauchi and Sokoto to drive competition among SMEs.

Also speaking, the Director, Standards Development, Chinyere Egwuonwu, said the Nigeria National Standardisation Strategy (NNSS) introduced in 2020 with a 3 year implementation plan has so far identified 658 standardisation projects to be developed before the end of 2023.She said the NNSS aims to support the federal government’s Economic Recovery Growth Plan and Nigeria Industrial Revolution Plan (NIRP).

She urged Nigerian manufacturers to ensure that they produce good products and follow it up with good packaging, as the SON would not allow substandard goods to either leave the country or exist here, as this would enable them to compete favourably with other manufacturers from any part of the world. 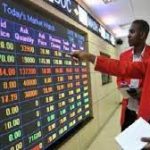 BREAKING: Court Stops Farouk From Parading As President of AFAN 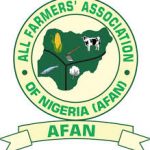