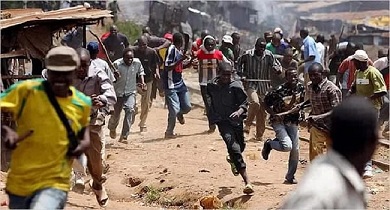 No fewer than five persons have allegedly been killed even as seven others  were injured following renewed hostilities over land between Uko Ntenghe and Uko Akpan communities in Mbo local government of Akwa Ibom State.

The lingering dispute rekindled on Monday when militant youths from Uko Ntenghe reportedly invaded the farmland and raped a woman who they also took hostage, while a detachment were said to have sneaked into Uko Akpan in Enwang, the headquarters and killed five  persons.

Eye witness account stated that the armed youth shot sporadically sending residents running for dear lives even as they also burnt down two houses and several cars in the serene village, which is now deserted.

The whereabouts of the clan head, HRH Ovong  Bassey Atabia II, is not yet known, while  one of his son is said to have been among those injured by the militants. 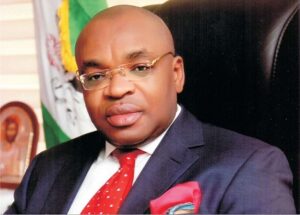 A youth leader, Michael Etim, while narrating the dastard act, appealed to the state government and security agencies to step into the dicey situation and restore calm in the area.

“This is a matter of life and death. Those in the village are not safe”, he lamented.

Secretary to the State Government, Dr. Emmanuel Ekuwem, an indigene of the local government area could not be reached as at press time, as calls and message sent to his phone and WhatsApp were not answered.

The Police said they were on top of the situation, but the Enwang community wants reinforcement from other sister security agencies to safeguard lives and property.

Police Public Relations Officer,  Odiko MacDon, a Superintendent said, “we are on it. Our men are on the ground there.” 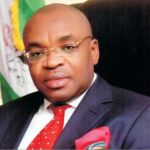