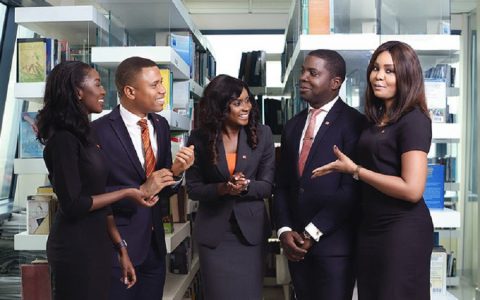 Surprisingly but truly, it is becoming rare nowadays to find any offspring of practicing or retired bankers who wittingly opt to step into the shoes of their banker-parents. Although this trend might not be obvious to the larger public, most retired or practicing bankers who have ever broached the idea of ‘coercing’ any of their children into the profession, usually got disappointing responses.

Yet, from time immemorial, banking used to number conspicuously among the ‘noble professions’; a few others being teaching, medicine, clerical, legal, civil service, among others. In point of fact, bankers are usually named among the few classes of persons acceptable to stand as guarantors or sureties for (fresh) appointees or recruits at organizations that place high premium on integrity and probity. The highest level of ethics and trust are (or used to be) the hallmark of the banking profession. What has changed? Obviously, a lot!

Although stripped of all technicalities, banking is all about safekeeping of depositors’ monies, plus the ‘profitable’ application of such monies, the job is strewn with hazards and risks. Long hours of daily work in the office; several meetings (in-house and external); meticulous keeping and poring over volumes of records and reports; interfacing with, and attending to all manner of customers and external auditors and officials. This is in addition to preparing and sending daily, weekly, monthly, quarterly and yearly reports (faultlessly) to many regulatory and supervisory agencies.

Today, even with massive digitization of banking, the practitioners hardly have anytime to themselves—weekends inclusive. In truth, ‘work-life balance’ is almost anathema to the profession, especially in Nigeria. In most families where either (or both) of the parents is a banker, the children usually miss out the appropriate ‘filial touch’. Expensive ‘family vacations’ and contrived treats at highbrow locations and ‘fantasy islands’ across the globe usually undertaken by most bankers fail to make up for what their children are missing in parental care and nurturing. All manner of nannies, housemaids/boys, cooks, babysitters, caregivers, cleaners and gardeners, bodyguards, security guards, pet minders are hired and retained—all in the bid to make up for the ‘absentee’ banker-mother or father or both.

Adjunct to this is the reclusive or near lack of social life of the banker: whether in the religious, cultural, traditional or political groupings, most typical bankers hardly find time to belong or show up. At best, they pay their membership dues and/or donations through intermediaries. They are fully absorbed doing their banking job!

Unsurprisingly therefore, the offspring of bankers, especially the millennials (the ‘Generation X and Y’) find it distasteful to submit themselves to the utter abnegation and weird lifestyle that banking connotes. They rather choose to be ‘digital natives’ who move on the fast-and-easy lane, even as the landscape is strewn with cybercrimes and criminality. Only an infinitesimal few of them are willing and ready to take to the noble profession and subject themselves to the rigours and moral rectitude that banking thrives on. What an irony?

The state of banking industry in Nigeria today, a “sellers’ market” (or an oligopoly), is not also helping matters. The employers (represented by the executive management) wield absolute powers—almost unilaterally determining the conditions of service—without staff unions or associations. Even where the unions exist, their leaderships are usually mere ‘fronts’, surrogates or puppets of the executive management or some other external interests. In this “sellers’ market”, the buyer (employees) are at the whims and caprices of the sellers—the employers.

This state of affairs is one of the fallouts of the actions of the monetary authorities, at a time, which saw the number of banks in Nigeria suddenly shrink from more than a hundred to only twenty-five within eighteen months. Although these ‘new’ banks emerged “big, strong and reliable”, the policy also shrank job spaces; and so, those who were ‘lucky’ to remain on their jobs practically went into servitude under fiefdoms. In the new milieu, rapid branch expansion and/or the setting up of new banks to create more job spaces became an inane strategy. One of the consequences of this is that promotion and career prospects of staff have practically been ‘on suspension’. All manner of tricks and gimmicks are being applied to keep ‘loyal’ employees stagnated at one level for donkey years.

In furtherance of this approach, fresh graduate recruits (that is, management trainees) are left as ‘contract staff’ for years; and paid pittance. Even when confirmed as staff after indeterminate number of years ‘on contract’, promotion remains mired; the pace of climbing up the career ladder becomes a matter of conjecture. And so, most ‘digital natives’ who found themselves in this ‘trap’ have been leaving banking jobs in droves in recent times. Some, who choose to ‘hang on’, easily become purveyors or perpetrators of motley cyber frauds.

Recently, Head of Cybercrime Section of the Economic and Financial Crimes Commission (EFCC), Mr. Abbah Sambo, who represented the Commission’s Executive Chairman, Abdulrasheed Bawa, at a national seminar on “Banking and Allied Matters for Judges”, alluded to this ugly trend. At this event jointly organised by the Chartered Institute of Bankers of Nigeria (CIBN) and the National Judicial Institute (NJI), Sambo said “the rate at which young men are perpetrating cybercrimes is seriously alarming,” adding that the fraudsters were mainly “insider ICT employees” of banks.

Not a few banks are grappling with this rising spate of cyber criminality as well as high turnover of ‘lower-level staff’. Ironically, because of the very high rate of graduate unemployment in Nigeria today, many fresh graduates keep taking up banking jobs just as temporary work or ‘interim livelihood’. As a sequel, many youths get scared of the augury of banking jobs that keep them exposed to the vagaries of unsettled career and uncertain future.

But while banking is contending with all these, a more incendiary attack on the profession is lurking around. Incredibly, prospective bankers (or graduates of banking and finance) are being discriminated against by some employers of labour. Apparently, holders of higher national diplomas and/or first degrees in banking and finance are perceived as inferior to graduates of other disciplines. A circular recently issued by the Civil Service Commission of Ekiti State in Nigeria explicitly conveyed this inferior status.

The document titled “Call Circular for the 2022 Public Service Examination (PSE) in Ekiti State” and dated November 8, 2021, said: “…the Commission has commenced the sale of PSE forms for entry into the cadres of Administrative Officer, Accountant, Auditor, Inspector of Taxes and Registrar of Cooperatives for the year 2022”. The circular said further that prospective candidates must be holders of university degree in Social and Management Sciences and Humanities; and stressed that: “holders of HND and university degree in Banking and Finance…are not eligible for the examination.” It finally enjoined Accounting Officers to “give this circular letter a broad publicity in your MDAs.”

The direct import of this circular is that holders of degrees in banking and finance are not considered as good as their counterparts in the social and management sciences and humanities. This, in a way, is also a direct affront to the banking profession and the Chartered Institute of Bankers of Nigeria (CIBN) which, in recent years, had gone round, vetted and accredited the syllabi ( or course contents) of higher diploma and degree awarding institutions in banking and finance across the country. Even training schools owned by banks and allied institutions have had to be accredited/approved by the CIBN in line with its enabling Act.

In the accreditation drives by the CIBN, it ensured that a degree or HND in banking and finance from its accredited institutions is as good as a degree in the management and social sciences, and more. Since 2014, the CIBN had ensured the broadening and updating of the syllabi for banking and finance in tune with 21st century banking, including the management and leadership skills entailed. And so, the Ekiti State ‘apartheid’ (which may not be an isolated case) implied in the Civil Service Commission circular is unfounded and unjustifiable. It is indeed another avoidable slur on the banking profession, and has the potency to further discourage aspiring students from studying banking and/or venturing into the profession.

All said, the current state of the banking industry in Nigeria urgently requires the ownership and leadership of banks to re-strategize and change the ‘face’ of the profession in order to attract and retain the best hands. The extant trend whereby young bankers are getting scared or frustrated, leaving the profession in droves, with banking being perceived as unattractive is worrisome. Employees should be made to have optimum job satisfaction; not just being paid relatively good salaries. It is not good to have just bank workers, but motivated professional staff who can clearly see their career paths ahead and deploy the requisite commitment and loyalty to tread on them and climb the ladder of success and attain self-actualization.

*Marcel Okeke, an Economist and Consultant in Business Strategy & Sustainability, lives in Lagos. He can be reached at: obioraokeke2000@yahoo.com ; 08033075697 (SMS only) 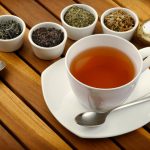 Who Does Your Child See? – By The Nature Nurse 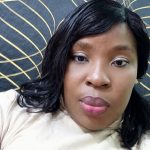