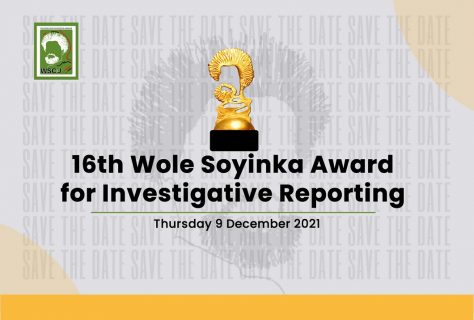 The board of judges for the 2021 Wole Soyinka Award for Investigative Reporting has selected 14 finalists, five female reporters and nine male, for the 16th edition of the annual award whose public presentation will be held on Thursday, 9 December 2021, at NECA House, Lagos, from 4pm to 6pm.

According to a statement signed by Signed the Executive Director/CEO, WSCIJ, Motunrayo Alaka, the judges selected the shortlist from 222 entries received during the call for applications. This is the highest number of entries received since the inception of the award in 2005.

Ayo Obe, Human Rights lawyer and chairman of the board presented the shortlist of journalists across the print, online, photo, cartoon, television and radio to the Executive Director/CEO of WSCIJ after the scores collation meeting recently.

The finalists who will be honoured at the 16th award presentation event are; Abiodun Omotosho of Nigerian Pilot, Benedict Uwalaka of Daily Trust, Ibrahim Adeyemi of Foundation for Investigative Journalism (FIJ), Kelechukwu Ogu of Rhythm 93.7 FM, Kunle Adebajo of HumAngle, Mary Abayomi-Fatile of Federal Radio Corporation of Nigeria (FRCN), Olatunji Obasa of Punch, Olukunle Akinrinade of The Nation, Omolabake Fasogbon of ThisDay, Sharon Ijasan of TVC News, Taiwo Adebayo of Premium Times, Tessy Igomu of Punch, Victor Asowata of The Will and Zainab Sanni of Agidigbo FM.

The Wole Soyinka Award for Investigative Reporting recognises journalists who expose public or corporate corruption, human rights abuses and regulatory failures in Nigeria. It has so far produced 109 finalists, 52 Soyinka Laureates, and 11 investigative journalists of the year. It has also given 24 honorary recognitions for the Lifetime Award for Journalistic Excellence and the Anti-Corruption/Human Rights Defender Awards.

The award presentation event is held annually on December 9, the World Anti-Corruption Day and eve of the Human Rights Day, to acknowledge best practices in investigative journalism and call attention to its significance for attaining good governance, accountability, and social justice. 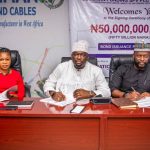 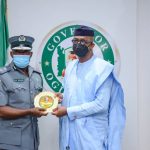