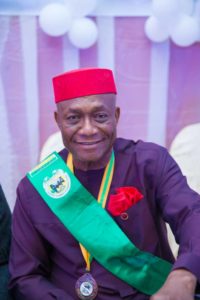 Emeka Nwandu has taken the oath of office as the 15th President of the Enugu Chamber of Commerce, Industry, Mines and Agriculture, ECCIMA, at a bi-annual forum organise by the Chamber in Enugu.

In a statement, ECCIMA said some distinguished entrepreneurs and captains of industry were also honoured at the event with various awards.

In his acceptance speech, Nwandu, on behalf of the new Council, promised to diligently serve the Chamber, and by extension the Enugu business community, as well as promote advocacies that will advance the economic development of not just Enugu but the entire South East region.

” I affirm that we shall work together in repositioning ECCIMA for greater relevance by increasing our visibility and by undertaking necessary tasks.” He said. 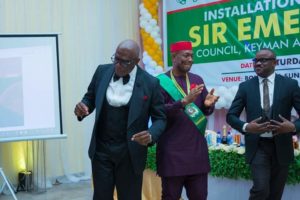 The outgoing President of the chamber, Emeka Udeze, commended the support of the Governor of Enugu State, Dr. Ifeanyi Ugwuanyi, and other Governors of the South East region who were represented at the event.

Udeze, during his tenure, is said to have carried out far reaching reforms in the administration of the chamber leading to the appointment of new principal officers including the Director General, Henry Awuregu, who also doubles as the Director General of South East Chambers of Commerce, Industry, Mines and Agriculture, SECCIMA.

“ I trust the willingness of the incoming officers to continue in our strategic efforts towards repositioning ECCIMA for greater relevance to Enugu State, South East Region and Nigeria at large.” He said.

In their separate remarks, Governor Ugwuanyi, and Governor Willy Obiano, of Anambra State commended the positive contributions of ECCIMA to the nation’s economy and expressed their readiness to support the new president of the chamber during his tenure. 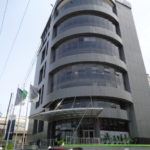 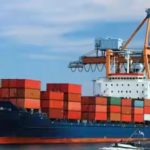