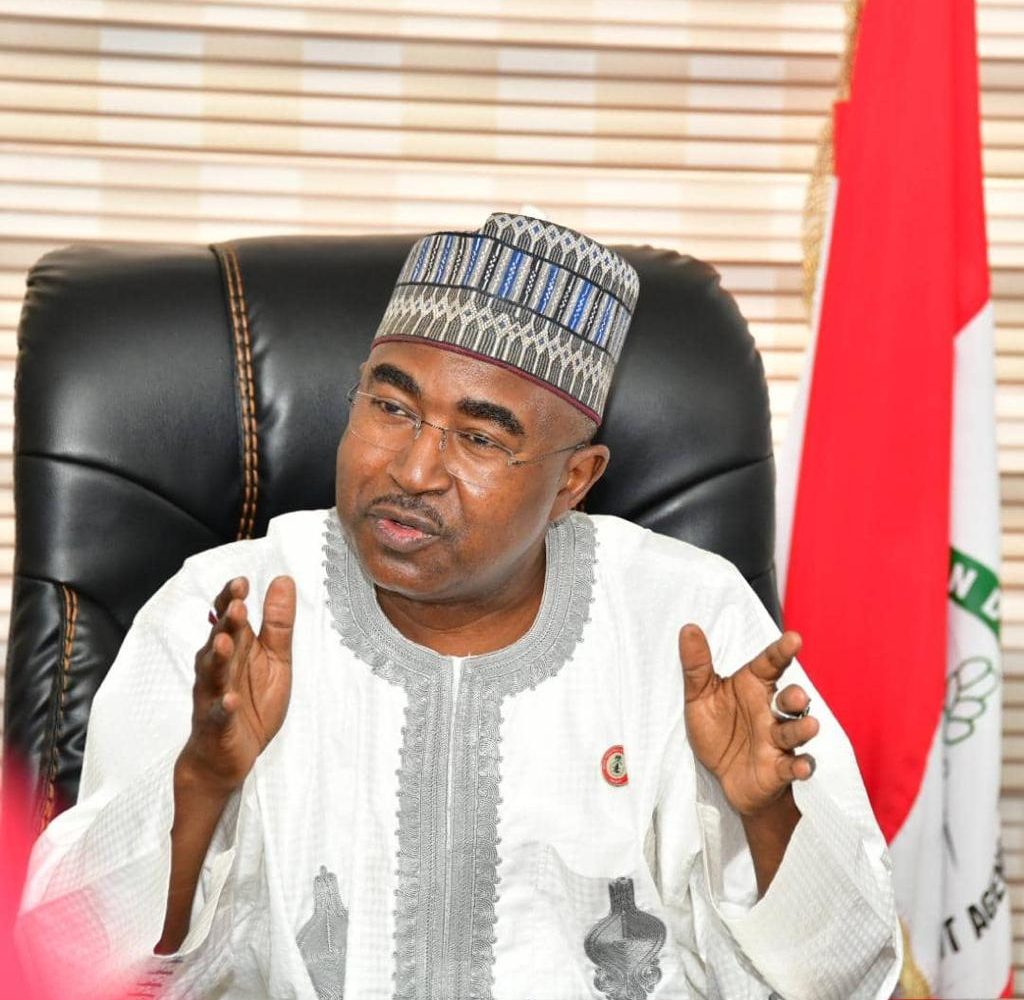 The spirited efforts of the National Drug Law Enforcement Agency (NDLEA) to rid the country of illicit drugs and cutail its abuse seem not to have gone unnoticed.

ThIs is so even as wives of governors in Nigeria, under the aegis of Nigeria Governors’ Wives Forum (NGWF), and leaders of the Nollywood industry, under the auspices of Actors Guild of Nigeria (AGN), have declared total support for the Agency.

A statement signed by the Director, Media & Advocacy, Femi Babafemi, and made available to the National Association of Online Security Reporters (NAOSRE), said the support for NDLEA was the highlight of recent meetings between the leadership of the two groups and the CEO of NDLEA, Brigadier General Mohamed Buba Marwa (Retd) at the Agency’s National Headquarters in Abuja.

Welcoming the First Ladies, Gen. Marwa expressed appreciation for the visit, adding that the interest they have shown in solving the country’s drug problem is an indication of their humanity and commitment to support for a better society. 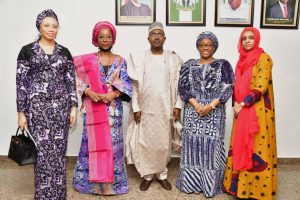 “Let me put it on record that President Muhammadu Buhari is the number one drug fighter in Nigeria today because of all he has done to ensure the country wins the war against abuse and trafficking of illicit drugs.

“As such, we count on the states especially the governors’ wives as the pillars and partners through which citizens across the states, local councils and communities are mobilised to reject this ravaging sub-culture”, he stated.

The NDLEA boss urged the governors’ wives to work with their husbands in resolving the drug problem as well as support the state commands of NDLEA with logistics.

In her remarks, Erelu Fayemi said the visit was to inform Gen. Marwa of their collective decision to “to address the alarming problem of drug abuse in our communities.” by tackling it as a flagship project.

In her words: “We are therefore here today to pledge our support for NDLEA to ensure that our country and communities become drug free. We are not willing to stand by as mothers and see our children consumed by this menace.”

They presented four requests, all of which were instantly granted by Gen. Marwa. Their demands include: that NDLEA continues to see State First Ladies as important allies in furtherance of the objectives of the agency;

Involving them in the fight against drugs as Champions in their respective States;

helping in capacity building for the State Frist Ladies and their teams to be effective partners in the war against drug abuse and involve them in national and State campaigns against drugs. 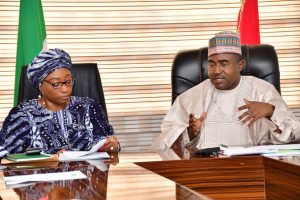 In their contributions, the First Ladies of Kwara, Imo and Yobe expressed their willingness to key into the War Against Drug Abuse, (WADA) advocacy agenda and the National Drug Control Master Plan (NDCMP), of the agency in their respective states.

In a similar forum, leaders of the Nollywood industry under the aegis of Actors Guild of Nigeria, AGN, have also declared support for the ongoing war against drug abuse in Nigeria even as they expressed their preparedness to join the crusade against the scourge.

They gave the assurance on Monday 7th February 2022 during a meeting with the NDLEA Chief at the National Headquarters of the Agency in Abuja.

While commending the Nollywood actors and the entertainment industry for projecting the image of Nigeria positively, Gen. Marwa expressed confidence that the campaign against drug abuse in the country will go far with the offer of partnership and support from the leadership of AGN.

He noted that with drug use prevalence in the country three times the global average, the Agency needs committed partners like the Guild to mobilise the citizentry against the menace. According to him.

In his words: “A number of artists don’t only use, they also encourage others to abuse drugs through their work and activities on social media. We want the Guild to set good example by leading the war within its circle.

“Your movies must promote messages against the use of illicit drugs because the minds of millions are shaped by what they watch in movies. We need you to set up War Against Drug Abuse, WADA, committees within your industry.”

Speaking earlier, National President of AGN, Emeka Rollas Ejezie said the visit was to reaffirm the support of NDLEA’s efforts, in combating the menace of drugs in the society which the AGN strongly believe will help reduce drug crime to the barest minimum.

In his words: “As a Guild of major influencers and in line with our set objectives to educate, inform and entertain as well as our avowed commitment to national development, we seek a mutually beneficial partnership with the NDLEA.

“We have therefore outlined some advocacy programs to enlighten Nigerian youths on the dangers of drug abuse and trafficking; they include but not limited to: production of skits majorly for social media campaigns; drama series on negative effects of drug abuses, rehabilitations, eradicating the fear of stigmatization and advantages of total abstinence.

“We will also engage some of our A-List actors as NDLEA Ambassadors to help use their star power to discourage the youths from doing drugs”, among others. 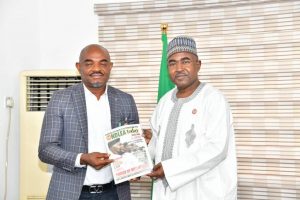 “We share in the dream of a better Nigeria where success will be the reward for hard work and not through drug trafficking and other drug related offences. 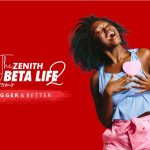 GTCO Completes Acquisition Of 100% Shares In Investment One Funds Management 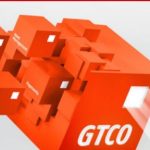