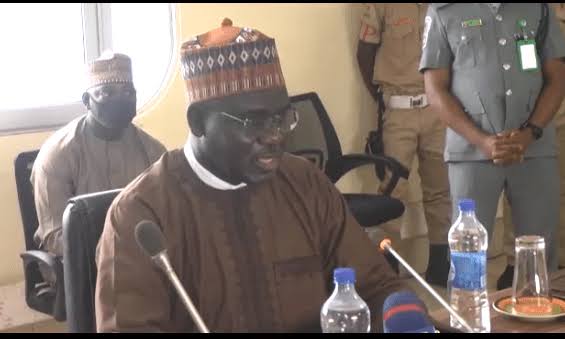 A prominent traditional ruler in the Southwest, Olowu of Owu Kuta, Oba Adekunle Oyelude Makama, says the former Chief of Army Staff and Nigeria’s Ambassador to the Republic of Benin, Tukur Buratai, has broken the over 100-year-old jinx that negated development and prosperity of Owu Kuta – his home town – with the construction of the abandoned bridge linking the community with Ikoyi-Ede, Osogbo and the outside world.

Oba Makama said this during a media chat organised by the Southwest Group of Online Publishers (SWEGOP), in Ibadan, the Oyo state capital.

He figuratively noted that the former chief of Army Staff has broken the Jericho wall, adding that the present generation of Kuta people and the coming generations will ever remain grateful to Buratai.

“We are eternally grateful to him and the Nigerian Army. If this was to be influenced by a political party, Kuta will continue to give unalloyed support to the party till eternity because the prosperity of the town is tied to that road”, he said

The Oba recalled how military engineers constructed the abandoned bridge, and praised Gen. Buratai for his patriotism and rare commitment to humanity, stressing that he has never seen a Nigerian as detribalized as the former military chief.

“My community has an age long agitation, just one single thing. During the old Western Region, before the colonial era, because we still have some records that are dated back to over a hundred years. Our people have been agitating that there should be a road between Kuta and Ede but there is a barrier – the Osun River, which made that impossible.

” This bridge was started by previous governments, I can remember former President Olusegun Obasanjo being the Balogun of Owu, while in power flew to the town twice and included the bridge in the federal budget, but it got no cash backing.”

“Also, former Governor Rauf Aregbesola, my good friend, had the bridge in the state’s budget for 8years, the bridge alone cost over N3 billion, but there was no money to construct it. But, one day, I was dinning with the ex-Chief of Army Staff, and he asked what I wanted him to do for me. I told him, I don’t want anything from him but there is only one thing I want him to do for me, and I mentioned the bridge. Eventually, God used the Chief of Army Staff, Tukur Buratai to accomplish the task.

“That same day he (Buratai) gave approval for the construction work to commence and that was the day God smiled on the community that was founded in 1427. Buratai is the angel that God used”, the traditional ruler further narrated.

Oba Makama continued,” I was away, when my subjects called, that soldiers are everywhere, and that they have gone to the river. When I inquired, I was informed that Gen. Buratai has asked that they should get him the estimate of the bridge project. No sooner, that we saw heavy equipment being moved to the river. And today, the military engineers have constructed the bridge which has been neglected for over 100 years.

“Nobody contributed a dime, no contract was given, it was done by the military engineers. We asked for one bridge, they did two. On the day of commissioning, Gen. Buratai led the Army council to Kuta.  He constructed the bridge free of charge, Kuta people will never forget this.

The monarch, also canvassed increased allocation of funds to the military to further assist in ongoing fight against insurgents in different parts of the country. 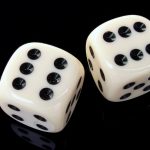 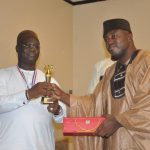