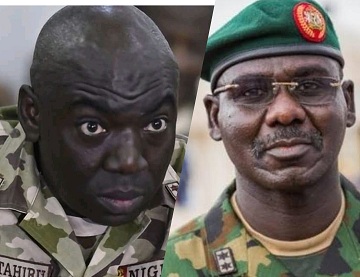 The heightened state of insecurity enveloping almost all the geo political zones in Nigeria is a cause of concern for many more so with comments alluding to an allegation that some leaders are plotting to overthrow the government.

The Presidency recently claimed it has evidence to the effect that some persons are recruiting ethnic groups and politicians to convene a conferences where a vote of no confidence would be passed on President Mohammadu Buhari.

I can recall the patriotic efforts made by the immediate past Chief of Army Staff (COAS), Lieutenant General Tukur Buratai, who on assumption of office recovered all the territories previously occupied by insurgents in the north as well as put in check suicide bombing across the region.

During Buratai’s period, sanity was gradually returning to the system and military personnel were pre occupied with engaging the insurgents for a safer Nigeria. At no time were there insinuations of attempting to overthrow government because soldiers were happy to defend Nigeria. We were not receiving DSS alert on overthrowing government during Buratai.

Within few months after General Burata left office, however, insecurity has assumed freighting dimensions and the country has been turned into turmoil with heightened fear of disintegration. The current Chief of Army Staff, Ibrahim Attahiru, has to follow in the footstep of Tukur Burata by adopting his strategies to sustain his efforts.

According to Philip Agbese, “Combating terrorism or insurrections are acknowledged globally as quite arduous assignments. Soldiers who command such warfare must be necessarily be brave, courageous and determined combatants of the trenches. It’s not a task for the faint- hearted”.  The former COAS and leader of the counter-insurgency operations in Nigeria, demonstrated these rare qualities abundantly when he called the shots in the combat against terrorism in the country.

Even unpatriotic misanthropes can sight the legacies of Buratai which have refused to be fogged by the thickness of billowing smokes; whether of partisan and ethno-religious flavors, as peculiarly Nigerian. Buratai’s successor, the incumbent COAS and ombudsman of the counter-insurgency operations, Lt.Gen. Ibrahim Attahiru might not be caught unawares by the new assignment. But its certain, his predecessor, Buratai left a big-sized shoe, quite uneasy to wear effectively.

Under his reign, the Nigerian Army established two new Army Divisions 6 and 8, in Borno and Rivers states; a dozen Forward Operations Bases (FOBs) and Special Task Force units across the country in strict compliance with the new Order of Battle (ORBAT). The initiative brought security closer to Nigerians, boosted troop’s rapid responses to distress calls from entrapped Nigerians and the operational effectiveness of soldiers in operations.

Nigerian soldiers were endeared to Gen. Buratai and performed their official assignments with glee because he prioritized the building of infrastructures for soldiers and officers of the Nigerian Army. He focused on the welfare of troops in multiple ways knowing that soldiers deserve at least minimum comforts to function effectively. So, he created new offices and residential accommodations for soldiers.

Buratai aggressively relaunched the Nigerian Army on the path of its lost glory in revolutionary style embarking on ambitious projects such as the massive construction of new army barracks, renovations of dilapidated barracks and army formations, their upgrade and re-equipment with state-of-the-art facilities; resuscitation of moribund Army training institutions and the building of new ones, namely, the Army War College, the Army Aviation School and the Nigerian Army University, Biu.

Buratai garnished it with the generous renovations/upgrades of existing, but outdated army hospitals and the building of new Army Referral hospitals to carter for the Medicare of soldiers, their families and members of Army host communities. These were legacy projects, signposts of focused leadership, the pillars and ineradicable footprints of his leadership that publicized a reformed Nigerian Army in conduct and performance.

The former army chief understood clearly that the success of Nigeria’s anti-insurgency combats basically depended on the assistance of foreign nations in weaponry and technical support. He was conscious of the prohibitions on human rights abuses by soldiers as enshrined in the Leahy Act amendment law. Besides, as a humane and compassionate leader, Buratai was conscious of the human dignity and the rights of all Nigerians. He never shirked from punishing erring soldiers.

Consequently, records of his observance of human rights were unequaled in the history of the Nigerian Army. He established the novel Human Rights Desk in the Nigerian Army, manned by a desk officer, and structured in an accessible manner to all Nigerians by its replication in all major Army formations throughout the country. The Army human rights desk handled, redressed and dispensed hundreds of cases between soldiers and civilians.

The Nigerian Army was under the plague of meagre budgets for its operations, even in the age of consuming insurgency. Therefore, Buratai imbibed the spirit of transparency, accountability and judicious application of Army resources for maximum effects. Lack of transparency in the administration of Army resources’ engendered distrust, dissension and rebellion among officers and soldiers.

Interestingly, Buratai resolved the problem by switching over to e-governance in consonance with the policy of the federal government. He established the Army Procurement Department; migrated the Nigerian Army into the IPPIS payment system, and halted the culture of table payment of allowances/entitlements to troops in the warfront, which often led to avoidable complaints of diversion.

The former leader of counter-insurgency operations in Nigeria was a famed Military strategist, tactician and foresighted leader. Therefore, his clairvoyance pricked him of the looming threat of Cyberspace terrorism in combating insurgency in Nigeria. In order to clip the wings of cyberspace terrorists, who were largely Boko Haram sympathizers’ and agents, Buratai built and launched the Nigerian Army Cyberspace Warfare Command. Its mandate mainly is to secure Army’s classified information from leakage to enemies and certify the preservation of sensitive documents.

Added to it, Buratai upgraded and re-equipped the Department of Army Public Relations (DAPR)) to handle fake news and propaganda syndrome on the counter-insurgency operations in the country. The DAPR operated 24hours a day and proactively deflected terrorists’ propaganda which previously caused unnecessary public anxiety and panic.

The onus falls on Gen. Attahiru, who is also an old horse in the game, to sustain and improve on these legacies of Buratai by moving a notch higher to turn the table against Boko Haram. It is the necessary antidote the incumbent Army leadership has to adopt, if it wants to really succeed and finally cripple insurgents.

It’s no longer news that Nigerians are unwittingly beginning to celebrate the Buratai days,  but many want to celebrate the Army at all times and the only alternative is to kick harder, harder than Buratai ever did. Attahiru should be mindful of news of Boko Haram dreadful presence in Niger state and predictably, Abuja, which is now donated to the mercy of terrorists.

Fundamentally, all the incumbent Service Chiefs have already clocked 100 days since their appointment on January 26, 2021. Quite unimpressive, media reports are awash with news that 741 Nigerians have recently been killed by Boko Haram/ISWAP terrorists, armed bandits, herdsmen and arsonists across the country. Neither is it exciting that the southern part of the country is also contending with lethal kidnapping syndicates and killer herdsmen conundrum. Nigerians are no longer singing joyful songs which heralded the new service chiefs and there is need to redouble the efforts. 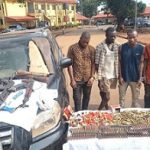 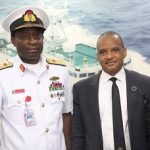