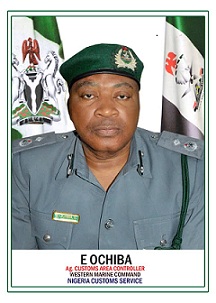 A statement signed by Customs Public Relations Officer WMC, ASCI Isah Sulaiman, said The unprecedented seizures were made following strategies put in place by the command including; 24hour patrol, capacity building, surveillance, intelligence gathering and the determination of operatives in making the waterways unbearable for smugglers.

“These seizures are strong indication that the operatives of the Command are combat-ready to police and enforce the Federal Government’s Fiscal Policies despite all odds. Consequent upon the above, the Ag. Customs Area Controller (CAC) in person of Deputy Comptroller Enonche Ochiba commends the Officers/Men of the Command for achieving these feats. He appreciates the CGC and his management team for the motivation and support giving to the Command leading to seamless execution of its statutory responsibilities.” The statement read.

“It is pertinent to inform you that the Ag. CAC Enonche Ochiba took over the mantle of leadership of WMC on the 5 July 2021. Before his posting as Ag. CAC WMC; he was the Ag. CAC Bauchi/Gombe Area Command with Headquarters in Bauchi.” Sulaiman added.

The Ag. CAC urged o stakeholders and well-meaning Nigerians to support the Command in providing information that will aid its performance while enjoining law abiding citizens to go about their legitimate businesses as the NCS is only going after economic saboteurs and smugglers. 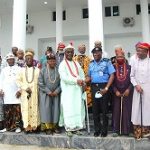 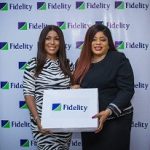