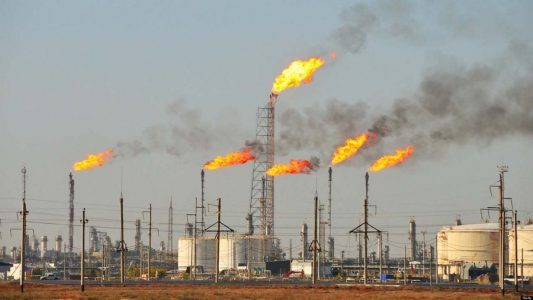 In the first two months of 2021, Nigeria lost about N53.26bn following the flaring of a total of 33.04 billion standard cubic feet of natural gas by international and local oil companies operating in the country.

This is contained in a recent report by the Nigerian National Petroleum Corporation (NNPC). According to the report, the oil companies wasted 17.53 billion scf of gas in February, compared to 15.51 billion standard cubic foot (scf) in January. 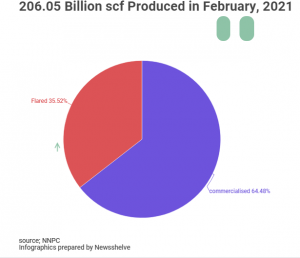 ***It said this implied that 64.48 per cent of the average daily gas produced was commercialised while the balance of 35.52 per cent was re-injected, used as upstream fuel gas or flared.

“In January, a total of 223.55 billion scf of natural gas was produced, translating to an average daily production of 7,220.22 million scfd. From the total gas output in January, 149.24 billion scf was commercialised, consisting of 44.29 billion scf and 104.95 billion scf for the domestic and export markets respectively. 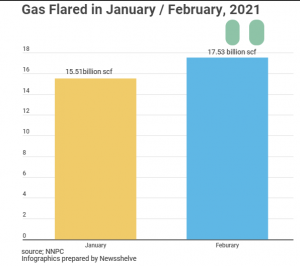 This indicates that 67.15 per cent of the daily gas output was commercialised while the balance of 32.85 per cent was re-injected, used as upstream fuel, or flared, the NNPC said.”

The penalties paid by oil and gas companies for flaring gas in the country will be invested to build midstream gas infrastructure in host communities, according to a new provision introduced into the Petroleum Industry Bill by the National Assembly.

“Moneys received from gas flaring penalties by the commission (Nigerian Upstream Regulatory Commission) pursuant to this subsection, shall be transferred to the Midstream Gas Infrastructure Fund for investment in midstream gas infrastructure within the host communities  on which the penalties are levied,” the Senate and House of Representatives said in subsection (4) of section 104 of the bill.” The state oil company noted. 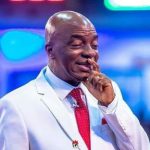 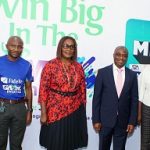