The winners were announced during the FITC’s virtual Pan African Technology Summit which held on Tuesday, December 1, 2020 in Lagos, with theme: “Accelerating Growth and Development in Africa: The Role of Technology and Innovation”.

Oke Donatus Chibuzor, an undergraduate from the National Open University, Lagos, Nigeria was announced the star prize winner for the essay competition. He was rewarded with $1,000 cash prize, a laptop, a Leadership Certification programme and a one-year Mentorship programme.

In their comments, the judges said submissions by the finalists were judged on originality, expression, creativity, and appropriateness to the theme.

In her keynote address, Malize noted that the 20thcentury has recorded major breakthroughs in technology through innovation in health, energy production, disease control, business engagement, financial services, and other enterprise solutions, and that Technology has become a great tool for driving the changes in the way the world lives, altering ways of life, individual engagements and interactions.

Malize, stated that FITC is passionate about empowering the youths with the right skills and knowledge needed to excel in todays’ tech-driven world.  She noted that the star prize winner went the extra mile in his report to give depth and showed mastery of the subject, which gave him an edge over others.

According to her, “Africa is filled with very intelligent people and we are proud of all the contestants for the zeal and knowledge displayed in the course of the exercise.  FITC will be adopting all winners from across Africa and exposing them to fantastic programmes in the next one year. This is definitely not a winner takes it all programme as there is something significant for everyone that has shown interest and commitment in this maiden edition,” she assured. 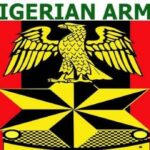 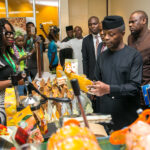