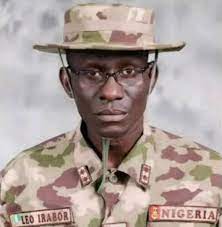 The Nigerian Armed Forces have assured Nigerians that the current security threats in the country will soon be a thing of the past.

Chief of Defence Staff, Lucky Irabor, who gave the assurance at a forum to mark this years’ Armed Forces Remembrance Day admitted that the current state of insecurity was a challenge to the country, adding that the challenges were, however, not much compared to the past.

In his words; “I would like to specially commend members of the armed forces, especially the veterans who laid the foundation on which we are building upon to bring peace and security to every part of the country.

“There are challenges but the challenges are not as much as where we started from. That gives hope for everyone that as we go into the year, that there is ample opportunity to escalate the actions that brought the peace that we now enjoy and also to take it to another level where there would be no need for anyone to live in fear in any part of the country.”

For his part, the Chief of Army staff, Lt Gen Faruk Yahaya, said the Armed Forces Remembrance Day, is organised every year in recognition of Nigeria’s fallen heroes- gallant men and women- who paid the supreme price in the defense of peace, unity and prosperity of the nation, Nigeria and the world at large.

He recounted that many of the heroes laid down their lives during the First and Second World Wars, Nigerian Civil War, Peace Support Operations across the globe and various Internal Security Operations, including ongoing fight against insurgency, terrorism, banditry and secession.

Lt Gen Yahaya noted that their sacrifices will never be forgotten while praying for the repose of the departed souls, adding that care for the injured personnel will remain a key focus under his watch. 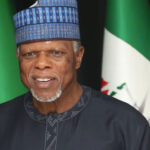 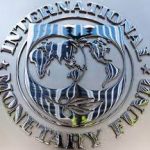