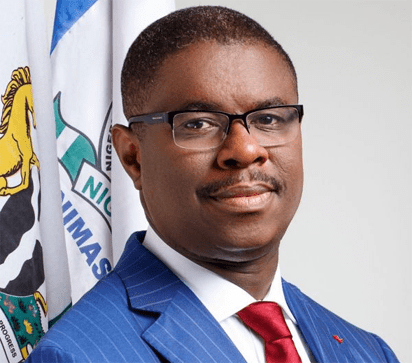 Our attention has been drawn to the vatupuration in an online publication of 2/12/2021 attributed to the relevance seeking former Director General of NIMASA, Dr. Dakuku Peterside who attempted to berate the Rivers State Governor, Nyesom Ezenwo Wike over his alleged inability to sustain and maintain agencies and parastatals he inherited from his predecessors.

Obviously, this is one of Dakuku’s consistent malicious attacks on Governor Wike, in his desperate and inordinate manoeuvre to secure the backing of his master, the Transportation minister, Chibuike Rotimi Amaechi, for the 2023 governorship ticket of the basterdised APC in RiversState. Dakuku Peterside, since he was booted out of office as Director General of NIMASA, has exhibited folly of desperate folks.

But for clarification and to sustain the tempo of appreciation of Rivers people towards the unprecedented achievements the award winning Governor, Nyesom Wike, we would not have bothered to respond to such illogical comments coming from a pathological liar and a desperate opposition politician in Rivers State whose relevance has ebbed to the lowest level even in his dead party in the State, the All Progressive Congress (APC).

However, while pursuing the execution of this strategy towards the 2023 election, Dakuku Peterside has ended up announcing himself as a man clothed with the ignoble conduct of spreading deliberate lies and negative propaganda against Governor Nyesom Wike in recent times.

Evidenced in this fictitious claim is the clear demonstration of his craftiness and mastery in twisting facts in a bid to convince and mislead gullible youths to develop negative narrative against the policies and programme of the Governor Wike led administration instead of embracing and taking advantage of the numerous economic benefits generated by the massive infrastructural development.

Indeed, such desperation just for the purpose of wanting to occupy political position, is dangerous as it is capable of poisoning the hearts of the youths and consequently destroying their future.

Beyond his mischievous utterance, we may need to  remind Dakuku Peterside that these institutions mentioned including the N70 billion moribund monorail project, the nonexistent $39.9 million Karibi Whyte Hospital, the unaccounted Gas Turbines sold for $300 million amongst others where some of the conduits through which his master milked Rivers State dry in the eighth years of that administration.

Perhaps, Dakuku Peterside needs to be reminded that all the institutions he referred to in his publication were virtually moribund two years into the second term of his master, Chibuike Rotimi Amaechi mainly due to lack of sustenance mechanisms in their establishment.

The Amaechi’s administration left all those institutions such as TIMARIV, RSSDA, WTTC, Greater Port Harcourt City Department Authority, amongst others as mere shadows of themselves with a huge debt of unpaid salaries.

For instance, TIMA-RIV was disbanded because of the inability of Chibuike Rotimi Amaechi to sustain and maintain the agency he created. Dakuku Peterside cannot feign ignorance of the fact that Ameachi’s administration was owing personnel of TIMARIV eight months salaries before he left office. That was deceitful and disservice to the youths of Rivers.

It is common knowledge that the establishment of those institutions were not properly backed by relevant laws to make their employees direct staff of the State Government.

Also, was it nice for Governor Wike who met no money in the State coffers on assumption of office in 2015 to inherit a backlog of debts from some parastatals, agencies and boards that have no immediate value added to the circumstantially stuttering Government?

Let it be made known to Dakuku Peterside and his co-travellers that beyond their ignorance, Governor Wike has through his visionary leadership created more sustainable job for the youths than the paltry N5000 the APC-led Federal Government gives to a handful of youths since it came to power in 2015.

The completion and commissioning of the State Cassava Processing Company, the Mother and Child Hospital, the Government House Clinic, the introduction of three new facilities, including the college of medical Sciences of the Rivers State University are all measures to create permanent employment for Rivers youths.

Also, there are several other projects under construction, such as the Cancer and Cardiovascular Disease Treatment Centre, the Renal  centre, the Nabo Graham Douglas Campus of the Nigeria Law School are all strong institutions, etc that have provided jobs and will, on completion, provide permanent employment for Rivers youths.

This is outside the thousands of direct and indirect employment provided by the massive educational infrastructure, roads and bridges construction works provide for the teeming youths of Rivers State. The level of development experienced in Rivers State at this period of global economic downturn can only come from a Governor who has genuine interest of his people.

Indeed, Governor Wike has set the standard for socioeconomic development of a state others follow today in Nigeria and this unparalleled achievements have been acknowledged by all strata of society including the national leadership of All Progressives Congress (APC). 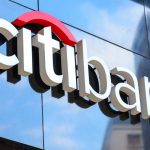 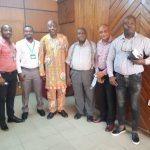