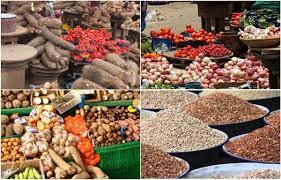 The availability of vast arable land, highly diverse and huge able-bodied population, large oil and other mineral resources should together make Nigeria prosperous but we are struggling to feed ourselves due to ineffective, incoherent and myopic management of our endowment.

Over the years we have systematically reduced leadership to mere redistribution of the country’s vast God given resources to ourselves, kith and kin rather than the various regions and the whole nation at large. The founding fathers achieved more for their regions as it were but later leaders narrowed their horizons greatly by being selfish and reductive.

The real threat is lack of trust as well as intolerance bordering on regional and religious boundaries. The immediate action to take in order to stem this tide is to work on the issues around hunger, equality, education and the overall economy with all the attendant variables of equity and selflessness.

The institutions must work by reinvigorating them through appointments based on Competence, Integrity and Merit. Reward and punishment should be swift and the rule of law must be transparently and strictly entrenched. The issue of Food Security is ’sine-quo-non’ to the overall welfare of the nation because it provides the impetus for innovation, improvisation as well as scientific and technological development.

As it is today, we have a President passionate about Nigeria and conscious of leaving a legacy of food sufficiency and economic development but crippled by a weak crop of appointees in some vital MDAs. I will concentrate in my area of competence at the moment to analyze achievements that should ordinarily engender the impetus for the attainment of Food Security but for the deficit in the requisite capacity for the leadership of the food system:

The Agricultural Promotion Policy (APP) alias Green Alternative which sprouted from ATA and the manifesto of APC as well as the enthusiasm of President Buhari is now expired and needs rejigging! The Policy has been responsible for the CBN intervention, which according to Mr. Godwin Emefiele has gulped 1.7 trillion Naira, the passage of various bills such as Fertilizer Bill, Soil Science Bill, Seed ACT, PVC Bill, the resuscitation of NALDA as well as putting Agriculture in the front banner.

It is absolutely necessary to sustain the tempo to optimize the impact of the APP by evolving a strategy to accentuate it that is congruent to the intent of the President.

The FMARD should have a veritable data base, digitize extension work as well as make deliberate effort at sensitizing the youth to replace our aging farmers instead of the widening the disconnect between the farmers and the Ministry through the deliberate unhelpful actions of the HMA. 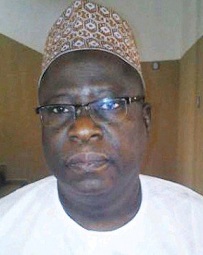 We do not currently have a fully pledged policy to enliven the APP nearly two years after its expiry which portends limited investment decisions in ramping up self-sufficiency and value-addition! All the bills, ACTs etc enumerated above are not being effectively pursued to get the real and desired effect on the Food System.

We need to reinvigorate the FMARD by rejigging its management if we desire to leave a legacy in the attainment of a veritable food system that is absolutely necessary for economic development in Nigeria especially in the face of the dwindling fortunes of OIL.

**Arc Kabir Ibrahim is the National President, All farmers Association of Nigeria (AFAN). 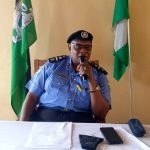