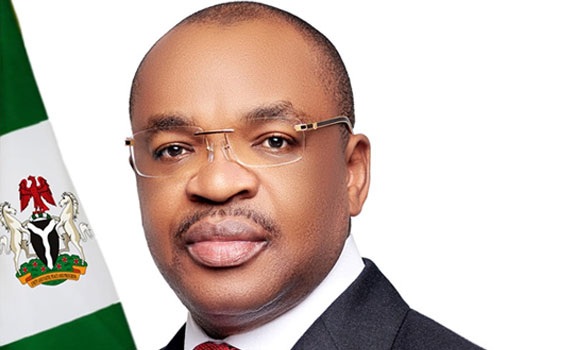 The governor of Akwa Ibom state, Udom Emmanuel on Saturday, June 5, 2021 demonstrated his passion for the well-being of the citizens of the state when he graced the launching of N150 million naira Enwang victim’s appeal fund and also donated N20 million.

This show of concern did not only strengthen the confidence the people of Enwang have in the leadership of the governor, but it erected a strong foundation of hope in them that the present administration meant well for Enwang people, especially when the governor promised that he will leave no stone unturned until the perpetrators of the heinous crime on humanity were brought to book.

Recalled that between January and February, bloody events took place in Mbo Local Government Area when Uda people and their mercenaries invaded Enwang community where no fewer than nine persons were killed, of whom four were beheaded, many property were destroyed and people forced to flee their homes. This caused outrages across the five local government areas in Oro nation and the entire state, and also stoked up tension and apprehension.

The appeal fund launch was therefore organized to solicit support for the victims of the unfortunate event that rendered many homeless and bereaved.

Speaking at Methodist Primary School, Enwang, venue of the appeal fund launch, the governor who was represented by the commissioner for special duties, Okpolokpum Etteh, thanked the people of Enwang for the confidence they have in his government and for maintaining peace disposition throughout the period of the disastrous event. 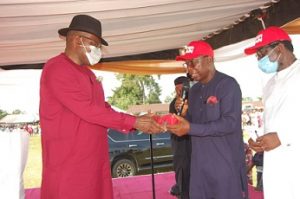 Emmanuel said his government was doing virtually everything possible to ensure the perpetrators of the heinous crime were brought to book adding that there was need for peace in Mbo Local Government, particularly in Enwang as the headquarter because of the huge investment that is coming to the local government area. He observing that there was no way investment could come in when the atmosphere is not peaceful.

The governor used the occasion to appeal to all stakeholders to ensure there was peace in Enwang community while expressing the willingness to come back again to donate for the development of the community and to empower the youth to prepare them to participate in the huge investment that is coming to the local government which would benefit them benefit immensely.

Setting the tone for the event, a lawyer, Effiong Abia, said the theme of the appeal launch: ‘Never Again, Enwang Ellege ela’ “is not just a slogan, it has become a prayer, it is a promise, it is a vow. This means never again shall we allow the proliferation of this dark urgly violence.”

Abia who is a former commissioner in the state, said this was possible because Enwang Ellege ela’ meaning that Enwang people have risen. By choosing the mantra, he said the people of Enwang were identifying with the Dakkada philosophy of the governor which means we all arise, adding, today we celebrate with Dakkada creed.”

The theme he said suggested the imperative for love, peace, harmony and brotherhood, saying that Enwang people are peace loving people and will not succumb to violence because the world has moved beyond such state.

Abia posited, “Todays event, aside from raising funds for the victims of the ungodly act, seeks to signpost to the world the goodness of which Enwang community is known for”

On his part, a former commissioner of information, Ita Awak, an engineer, said his community could not retaliate the violence visited on them because of the orientation given to them by their leader and father, late retired Inspector General of Police, Etim Inyang.

Awak lauded the youths for listening to the advice given to them by the elders not to retaliate and thanked the governor for honouring the invitation to attend the fund launch and expressed the hope that government will ensure justice is served accordingly to those found guilty of the ugly act. The people of Enwang, he said will protect every land handed to them by their forebears and resist any reoccurrence of such violence through what he called self-protection. 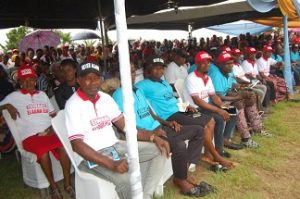 A cross section of Enwang people at the event.

In his remark, the chairman on the occasion, Ita Toyo, applauded Enwang people for embracing peace and the initiative to organize the fund launch. Toyo who was a onetime state chairman of Peoples Democratic Party, described the fund launch as a new wave of development and enlightenment that would give hope to the future. While noting that the occasion would engender peaceful coexistence, he added that Enwang “by this act is teaching us a lesson in brotherhood”

Toyo underlined the need to ensure that justice were meted on the defaulters and called on the government to ensure the culprits were punished accordingly to serve as deterrent.

In a welcome address, Major General Isidore Edet (Rtd), said the ugly event which lasted for two months left the leadership of Enwang community in painful calmness. In his words; “we stoutly resisted the urge to be provoked or to seek vengeance because we owe deference to age long paternal, maternal, marriage and other filial relationships between us and Uko-Nteghe Uda people”

“As a matter of fact, there is hardly any family in Enwang that does not have cousins, grand children, in-laws and others in Uko-Nteghe Uda. This enlightened but seeming cowardice is also based on our hope and trust in the leadership of His Excellency, the governor of Akwa Ibom State, who preaches and practice peace in all ramifications”, he said.

Edet expressed hope that posterity will judge the right for upholding the tenets of peace in the face of unprovoked attacks. The people of Enwang, he said “trust and have faith in the promise by the governor that those who visited the destruction, killings and maiming of Enwang people will be brought to justice.” He pointed out that it was in recognition of the urgent needs to bring some humanistic relief for the rehabilitation of the internally displaced people and succour to the various bereaved families, that the fund launch was predicated.

The event signaled the beginning of a new era for the people of Enwang as the large turnout of people and invited guest was not only an indicator that attested to this fact, but the excitement on the faces of most of the people who were clad on T-shirt with the inscription ‘Never Again’ on the front and ‘Enwang Ellege ela’ gave impression of a people determine to ensure peaceful coexistence and brotherhood. 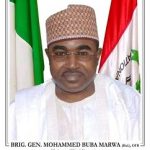