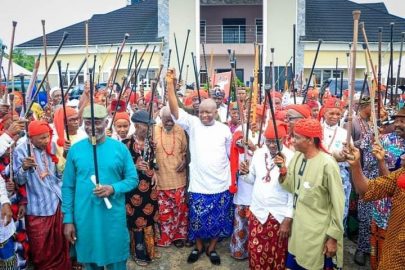 Traditional rulers in Oro nation, the third largest ethnic nationalities in Akwa Ibom State have thrown their weights behind the candidacy of Sir Victor Antai as the deputy governorship candidate of All Progressives Congress (APC) in the state.

The monarchs who were drawn from the Urue Offong/Oruko, Okobo, Mbo, Oron and Udung Uko local government areas of the state, included, clan heads, village heads, among other chiefs and influential personalities in the areas.

The colourful event witnessed prayers for the candidate to succeed to his political ambition and affirmation that he was a round peg in the round hole, hammering on his rich political pedigrees and social antecedents.

They were unanimous in their decision that the APC deputy gubernatorial candidate has what it takes to bring developments to Oro area which has been yearning for sustainable development since the creation of the state, 35 years ago.

‘’We believe God to grant his wish as the deputy governor in 2023’’, HRH Okonuneng said.

His counterpart in Okobo, HRH Ebene spoke in the same vein, saying ‘’Oro will not be forgotten. When a father blesses a child, God has blessed. May the lord bless his way.’’

Also, HRH Elijah described the candidate as a hale fellow well met, and called on all and sundry to rally round him. For his part, HRH Onobo prayed God to uphold the candidate, saying , ‘’everybody knows Victor Antai antecedents.’’

The representative of Udung Uko, Chief Esifa toed the same line, saying ‘’everybody in Oro will enjoy him. There is nothing we can do other than to present him to God to uphold him.’’

Earlier in his opening remarks, the APC deputy gubernatorial candidate  told the traditional rulers that the governorship candidate , Obong Akan Udofia came to Oro and picked him as his running mate, and called on them to stand with the party to ‘’build the Akwa Ibom state of our dream.’’

He said the gubernatorial standard bearer of the party means well for the people of Oro nation, as according to him, the area would be an epicenter of development if the party is voted into office come 2023.

‘’I cannot do the work alone. That is why I came here to solicit your support that you should pray for me day and night. As a deputy governor, everybody will enjoy’’, he said.

Sir Antai described Obong Udofia as a symbol of ingenuity who turned around the fortune of his father’s business, assuring that he would bring the same dynamism to governance in the state to ensure the sustainable development of the state now that the world is moving away from oil and gas to clean energy.

‘’Many people do not know him. Obong Akan Udofia is a symbol of prosperity, who turned around his father’s business from a multimillion naira to multibillions investment. He is very open and liberal, and a good listener. And I can assure you that Oro will benefit immensely from his administration. He will definitely speak about that whenever he comes to Oro.

‘’This is not a campaign or consultation. This is just to have a conversation with my fathers. The key priority is to bring development to Akwa Ibom state’’, he said.

Highlight of the event was the special prayer of blessings offered by Chief James Obrene, flanked by others monarchs, amidst singing and dancing. 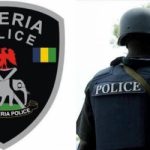 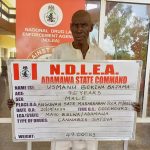