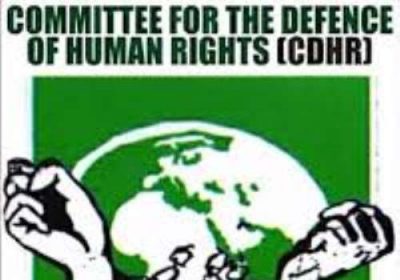 In this piece, the National Association of Online Security Reporters (NAOSRE) takes a look at the 33rd Annual General Conference (AGC) of the Committee for the Defence of Human Rights (CDHR) and analyses some of the far-reaching decisions adopted at the conference for a better and secured Nigeria.

The pre-event notices across media channels were the first signals that the Committee for the Defence of Human Rights, CDHR, a leading civil society, would address topical national issues at its 33rd  Annual General Conference, AGC.

The conference with the theme: “A Call to Service in a Troubled Nigeria,” which drew participants from the 36 States of Nigeria and beyond, was held on Saturday, October 23, 2023 at the Rights House, Adeniji Jones, Ikeja-Lagos.

Expectedly, the Board of Trustees, the National Executive Committee and distinguished Delegates from the State branches observed, among other things, that the rights of Nigerians across the country, including the right to life, have become most threatened and abused, with the rising incidences of insurgency, banditry, militancy, extortion, abductions, kidnappings, extrajudicial murders and double standards by state actors.

The Guest Speaker, Professor Tunde Babawale and other eminent resource persons also harped on the worsening insecurity in the country and called for immediate actions to avoid total collapse of the entire system.

As a remedy, the organization vowed to continue the struggle for the defense of the rights and fundamental freedoms of Nigerians as well as advance the consolidation of democracy.

They also vehemently rejected the oppressive tendencies by Lagos and other governments in commercializing public health services, education and housing, payment for COVID-19 testing and over-taxing of citizens. To strengthen its operational fabrics, the organization recognized that it was imperative to expand branches and units and uphold its integrity by ensuring disciplinary measures against errant members.

To that effect, CDHR, at the AGC, ratified various disciplinary reports including decision of the National Council and accordingly adopted the expulsion of Kehinde Taiga, James Chubuzor, Gerald Katchy and Jonathan Giama as well as suspension of Ekwumankama Violet and Ayuba Musa for their roles in precipitating crises that had done incalculable damage to the prestige of the CDHR.

It also directed the National Executive Committee to petition those impersonating CDHR to security agencies for proper arrest, investigation and prosecution.

The Resolution of the National Council (NC) meeting held on Friday October 22, 2021 on renewal of the tenure of Femi Falana, SAN, Professor Lucky Akaruese, Dr. Osagie Obayuwana, Gbenga Awosede, and Debo Adeniran and Malachy Ugwummadu, was adopted. The inauguration of Nasarawa, Katsina, Bauchi States branches was accepted in line with the recommendation of the National Council. 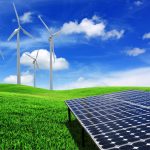 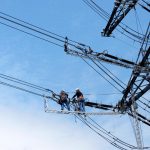