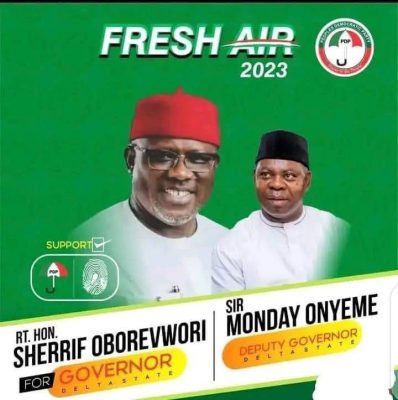 The All Progressives Congress, APC, may have deliberately violated relevant sections of the Electoral Act 2022, by not adhering strictly to stipulated requirements and time frame for the conduct of party Congress and election of delegates who will in turn elect candidates to fly it’s party flags for the elective offices of Governor, Senate, House of Representatives and House of Assembly in 2023.

The legal infractions committed by the APC has now been subjected to legal interpretations and foreseeable consequential orders via a law suit filled at the Federal High Court Abuja, by the Peoples Democratic Party, PDP.

The Plaintiff is praying the Court to compel the Independent National Electoral Commission, INEC, not to recognize all the candidates of the APC in Delta State, for the purpose of 2023 general elections, and to invalidate their candidacy.

PDP is also praying the Court to declare as null and void and of no effect whatsoever, the candidacy of Senator Augustine Ovie Omo-Agege, the Governorship candidate, Chief Ede Dafinone for Senate, Senator Peter Nwaoboshi for Senate, Hon Waive Ejiroghene Francis for House of Representatives and all other candidates of the party standing for elections in 2023.

Furthermore, the Plaintiff in Suit No. FHC/ABJ/CS/1406/2022, is praying the Honourable Court, to as a result of the glaring infractions of relevant sections of the Electoral Act 2022, scrutinize and interprete the combined provisions of Section 82(1), (2), (5) and (8) and other enabling laws in that behalf, to interrogate the actions and inactions of APC in relations to notices served on INEC for congress and primaries…

The dates such notices were received, and whether or not APC complied with the periods specifically stated in the aforementioned sections of the Electoral Act 2022; and if not, to declare the congress, primaries and candidacy of all APC candidates in Delta State, null and void and of no effect whatsoever, and to expunge APC logo from 2023 ballot papers in the State.

PDP is also praying the Court for a declaration that the acceptance and recognition of the 43 candidates on the 17th of June, 2022 and 15th of July, 2022 as candidates of the APC in Delta State, haven allegedly violated INEC guidelines for the conduct of Congress and primaries by registered political parties for the forthcoming 2023 general elections into the various offices; is a clear infraction of the provisions of Section 84(13) of the Electoral Act, 2022, and other enabling laws in that behalf and therefore invalid.

The Plaintiff is seeking further declaration that by virtue of the mandatory provisions of Section 65(2)(b), 106(d), 177(c) and 211 of the Constitution of the Federal Republic of Nigeria, 1999 (As Amended), Section 29(1) of the Electoral Act, 2022 and other enabling laws in that behalf…

The 2nd defendant, being a political party seeking to sponsor the 3rd to 45th Defendants for the forthcoming 2023 general elections into the various aforementioned offices, is not entitled to participate and field candidates to contest elections into the said elective positions in Delta State, having contravened the revered and mandatory provisions of Section 81(1) of the Electoral Act, 2022, among others.

A critical examination of the evidence put forward by PDP, points to the fact that Delta APC candidates for the 2023 general elections may not participate in the elections should the Court grant her prayers, which is likely to be the result of the litigation.

The Court also granted PDP’s prayer for substituted service, and the case was subsequently adjourned to 7th October, 2022, for hearing.

Meanwhile, there is massive jubilation by party faithful and supporters of PDP in the state, due to the foreseeable disqualification of all Delta APC candidates, including Senator Ovie Omo-Agege, the Governorship candidate, Senator Peter Nwaoboshi, Chief Ede Dafinone and forty other candidates.

Unconfirmed sources has it that Senator Agege, is pacing up and down, seeking help from the Presidency but all to no avail as President Mohmmadu Buhari has stood his ground never to interfere with electioneering matters that are before Courts of competent jurisdictions.

Delta PDP Governorship candidate, Rt Hon Oborevwori Sheriff Francis Orohwedor and all other candidates may just have a smooth sail in the forthcoming 2023 general elections should APC hit the rocks. 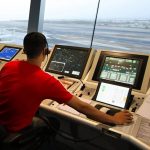